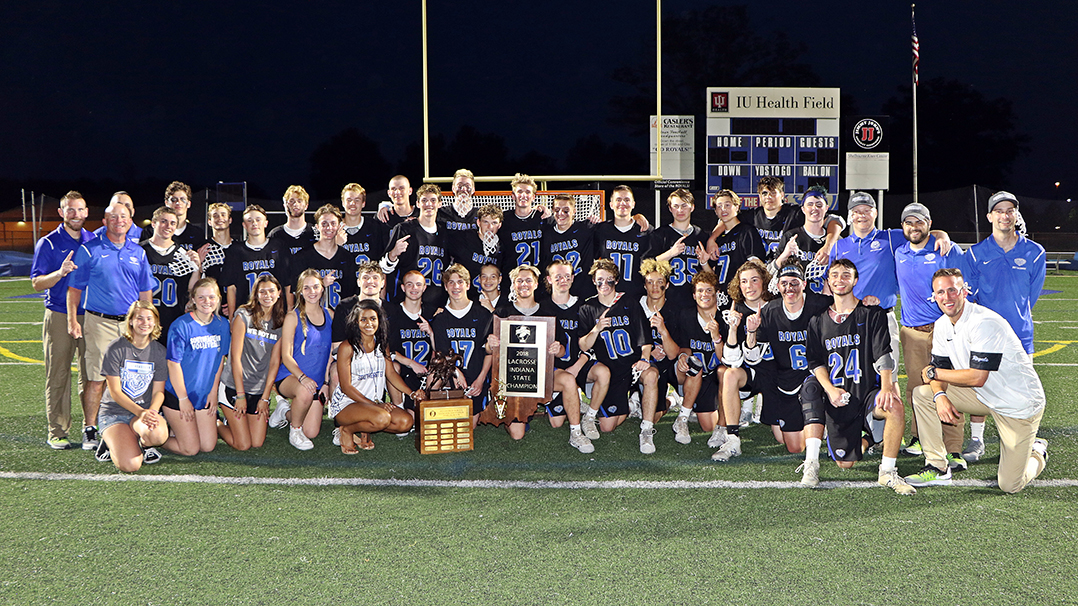 “We had great senior leadership that really bought into what the coaches were preaching,” said Beesley, who has been coach for five seasons. “This group of seniors had been playing varsity lacrosse, most of them since their sophomore year. We knew they were talented. We weren’t sure who the leaders were going to be. Definitely, the seniors as a whole and a couple of individuals stepped up. Keegan Logan and Nick Riina were tremendous vocal leaders on the offense and defense.”

“(Culver) pulls from 10 different states plus provinces of Canada for their team,” Beesley said.

Hamilton Southeastern (17-6) had lost to Culver 8-7 earlier in the season.

“We learned from all the losses,” Beesley said.

Beesley said said a “three-headed monster of attack” of position players Logan, Kemp and junior Cam Smith was a force all season.

“They are small and shifty. If you stop one, the other two are going to find a way to score on you.”

Kemp led the team with 60 goals, followed by Logan with 59 and Smith with 49.

DeVoe, Riina and Logan were named first-team all-state for HSE.