The Gathering will bring a taste of Nashville to Carmel.

The three Tennessee-based singers, Marcia Ramirez, Mike Waldron and Rob Harris, will perform a concert in a Writers in the Round at 7 p.m. June 22 at the church, 624 S. Range Line Rd. The trio frequently performs at The Bluebird Cafe, a historic listening room in Nashville, Tenn. 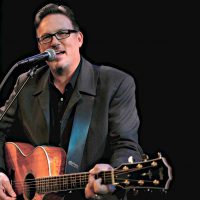 “The three of us perform together, playing and singing on each other’s songs,” Harris said. “We all play guitar and Marcia plays keyboard on some songs. I would describe our music as singer/songwriter, with a splash of pop and country. Very family friendly. Lots of songs about real life. Some are even sprinkled with humor. We hope it makes for a well-balanced, fun night of music.”

Harris said since they are songwriters by heart, the trio will sing mostly originals but sometimes throw in a couple of covers for fun.

Harris said he got connected with his good friend, Marc Imboden, who leads worship at The Gathering.

“I reached out to him when I knew we were going to be in the Indianapolis area and asked if he knew of any venues we could contact about playing because we had a couple of open dates we needed to fill,” Harris said. “He spoke to the staff at The Gathering and they agreed to host us.”

Harris said he plays with Waldron and his wife Ramirez as often as their schedules allow.

“We play together around Nashville, and every few months we put together a string of dates playing out of town, house concerts, concert venues, songwriter venues, etc.,” Harris said.

Waldron is a guitarist for Martina McBride, Lee Ann Womack, Tanya Tucker and Mindy McCready. Ramirez has performed on stage with artists such as Rodney Crowell, Patty Loveless, Pam Tillis and Tucker.