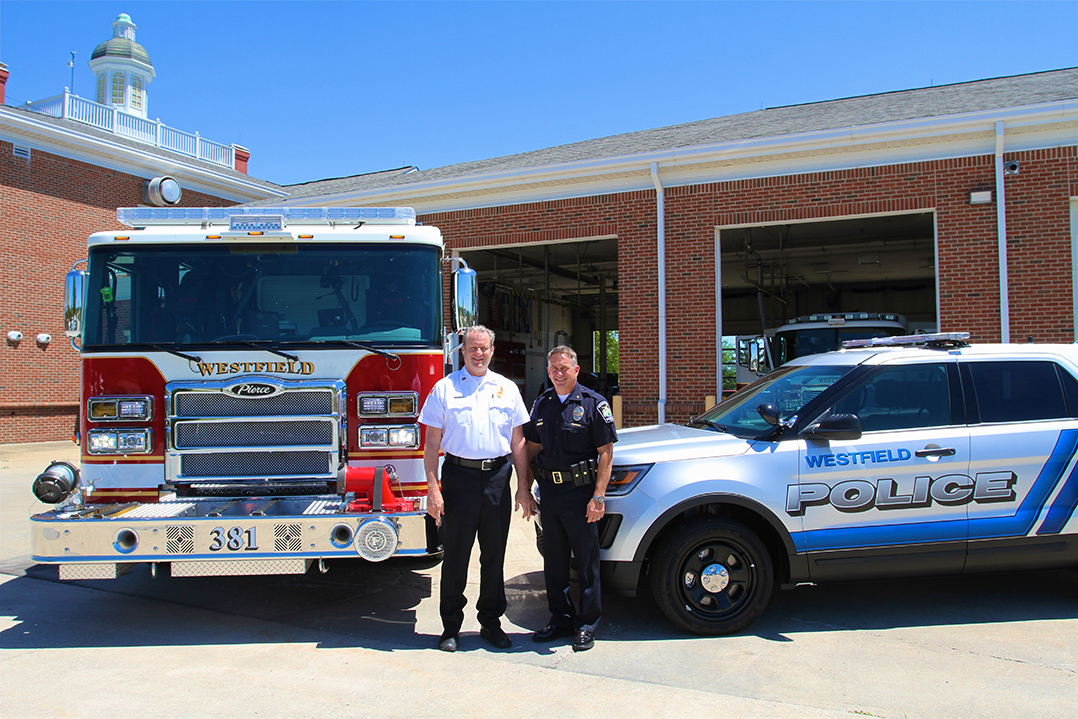 Police Chief Joel Rush, right, and Fire Chief Marcus Reed said their bases are covered when it comes to staffing public safety within the city. (Photos by Sadie Hunter)

Westfield Police Chief Joel Rush and Westfield Fire Chief Marcus Reed believe they have their staffing bases covered for Indianapolis Colts training camp and the growth of Grand Park tourism. The chiefs said Grand Park has little affect on the volume of calls.

“Part of the reason that is, is while there might be a huge influx of people in the weekend at team (events), they aren’t all there at the same time,” Reed said. “There are morning sessions. Groups come in and play, and then they leave. It’s not just inundated.”

Rush said there are approximately 1.2 officers per 1,000 citizens. He said the ratio is sufficient for the city.

During next month’s Colts training camp, police will be staffed at Grand Park to assist with the influx of people and events during the three weeks in late July. Rush said the department will handle it by eliminating benefit and training time for officers during that period so that the normal number of officers will stay on road patrol while officers also staff training camp. Reed said a similar approach will be used by EMS staff.

Rush said during the Colts camp, the safety of the city will not be jeopardized due to staffing Grand Park with police officers.

“It won’t affect numbers on the shift. We will stay within the minimum of what we need on the street, but we can move people around and do two things at once basically,” Rush said. “We will just become more efficient.” 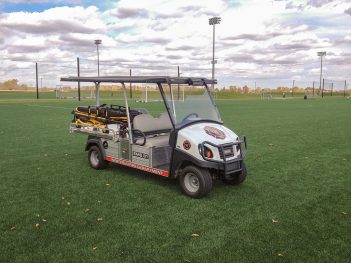 Reed said the fire department’s footprint at Grand Park during Colts camp is smaller than the police department’s.

“We are going to have a unit out there and staff with overtime and do an EMS cart on (busier) days,” he said. “That really isn’t in addition because there’s already events out there and we staff that EMS cart, anyway.”
Rush said although the number of police officers may seem low, it matches the city’s Uniform Crime Reports, which is a national statistical account of data on crime in a specific area conducted by the FBI. The UCR is the lowest the department has seen since 2010, even though the city’s population has increased by 6,000 people since 2012. According to the Westfield Police Dept.’s 2017 annual report, WPD saw a decrease in theft and battery charges but an increase in robbery charges.

How Westfield Police Dept. compares to a similar-sized city