You are at:Home»Current in Carmel»Carmel Business Local»Saltus Gyros brings Mediterranean flavor to Carmel 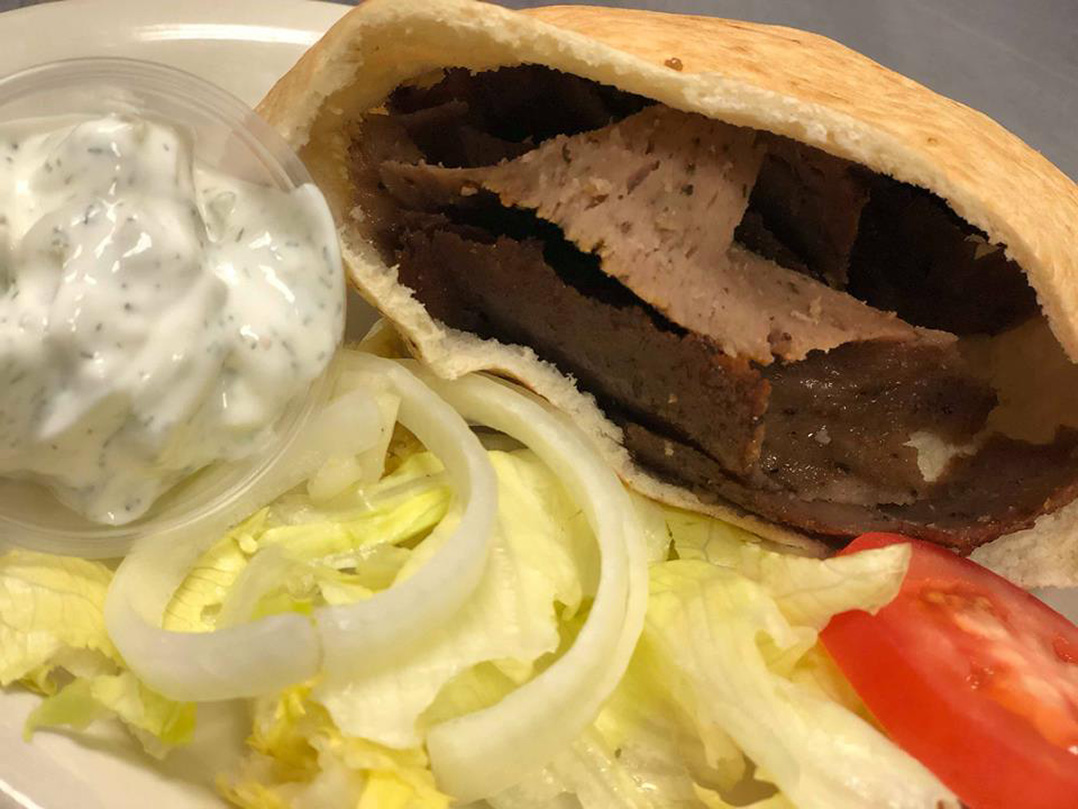 According to owner and operator Rami Abu-Rumman, who also operates Sam’s Gyros in Fishers, Saltus Gyros has a laid-back atmosphere with indoor and patio seating. Takeout also is available. There is plenty of homemade food to choose from, including Abu-Rumman’s favorite: lamb.

“This is the only store around here that sells lamb. All the others only sell beef,” Abu-Rumman said. “In the last two years, we decided to do a lamb shawarma. It’s very, very good.”

Shawarma is a dish in which meat is cooked on a vertical spit and shaved onto sandwiches with vegetables and sauce or over rice. Though many of the menu items focus on meat, there are vegetarian options as well, such as falafel and vegetable dolmathes (grape leaves stuffed with rice, vegetables and spices). Appetizers range from the familiar (hummus) to more classically Mediterranean fare, such as saganaki (fried Kasseri cheese) and baba ghanouj (baked eggplant with lemon juice and garlic).

For those who aren’t quite ready to sample Greek and Mediterranean dishes, Saltus Gyros still has something to offer. The menu features a Philly steak sandwich and good, old-fashioned hamburgers, so guests can dip into their comfort zone before diving into something new.

Saltus Gyros is open from 11 a.m. to 9 p.m. Mondays through Saturdays and noon to 8 p.m. on Sundays.