You are at:Home»Current in Carmel»Carmel Community»Indy Eleven players feel at home in The Olivia in Carmel

The Indy Eleven play their home games at Lucas Oil Stadium, but the home base for much of the team is The Olivia in Carmel. 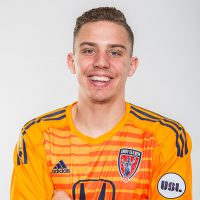 The luxury residences, which opened in 2017, are owned by Carmel resident Ersal Ozdemir, who also owns the United Soccer League team.

Goaltender Jordan Farr lives in The Olivia with his wife, Ale.

“It’s a really cool thing,” Farr said. “I prefer this because we have our space in our apartment, but if we want to hang out with other teammates they are just down the hall. We get to know each other on a deeper level as well, rather than just on the soccer field.”

Farr said there are schedules and signs of support in the lobby and in the elevator.

“When we hang out in the lobby or workout room, the residents have a warm reaction to us and a friendly attitude about what we’re doing as a team,” Farr said. 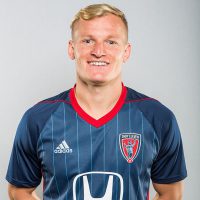 Defender Kevin Venegas said interacting with residents in the building strengthens the relationship between players and fans.

“They can follow us better when they put a face and a conversation to the players on the field,” he said.

Starikov is in his 11th professional season.

“In the past, I’ve had teams that offer housing but not as good as this, that’s for sure,” he said. “It’s very nice to have a brand new place.” 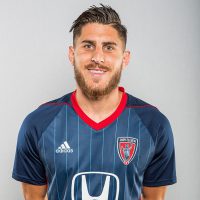 Venegas, who is single, said he isn’t sure if all USL teams offer housing, but views it as a real perk.

“It’s easier to focus on why we are being paid to be here,” Venegas said. “It’s cool to have your teammates in the same building. They are right there if you need something. It’s kind of like living in college again. Someone from the team is at the end of the hallway.”

Venegas, who previously played for Minnesota in the North American Soccer League, said players were on their own finding housing there.