You are at:Home»Current in Geist»Geist Cover Stories»Brian’s Heart: Fortville nonprofit placing AEDs across town and beyond 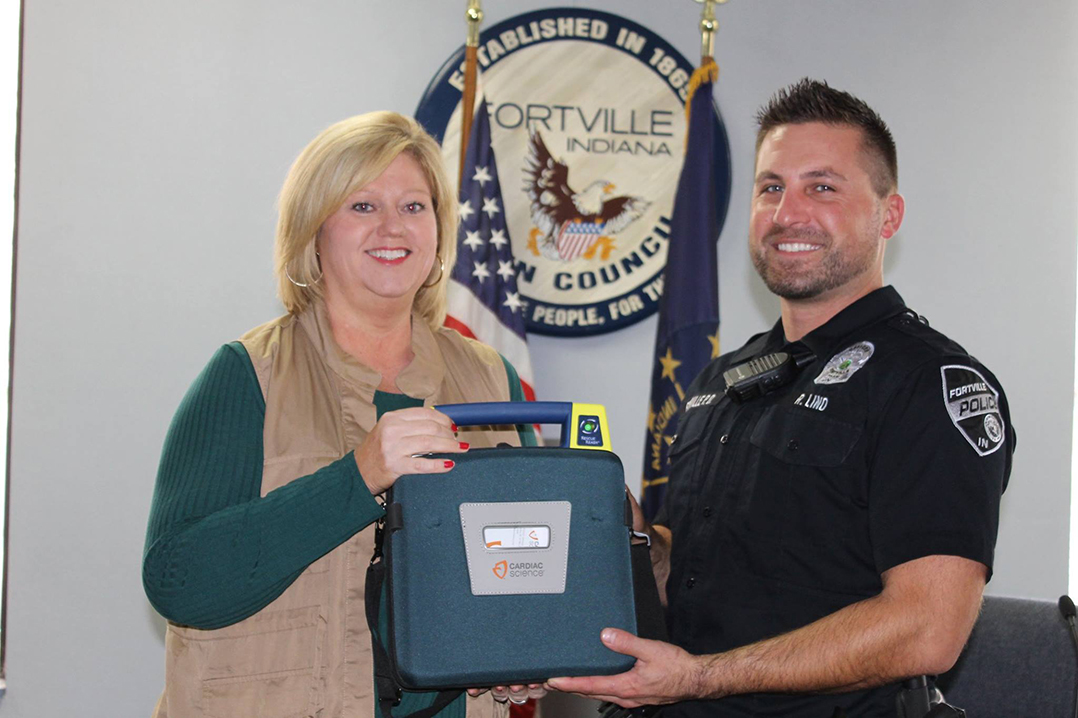 It’s been nearly three years since Brian Goff died. Today, his wife is honoring his memory in a proactive way to educate and potentially save the lives of others, starting in her hometown of Fortville.

“Brian and I both lived in Fortville our whole life, and we raised our kids there,” said Linda Goff, Brian’s wife and president of the Brian’s Heart, Inc. nonprofit.

“Brian, who loved to play softball all the time, played on a traveling softball team out of Indianapolis. They were playing in Cincinnati, and I got a call saying that he had a seizure and had passed out during the game,” Goff said. “Well, it turned out he had gone into sudden cardiac arrest and had a heart attack. Basically, his heart stopped at the field when he was playing. He came out of the game and said he wasn’t feeling very well, and the next thing they knew, he had collapsed and didn’t have a heartbeat and wasn’t breathing. They started CPR and were looking for an AED, but the ball complex he was at didn’t have one.” 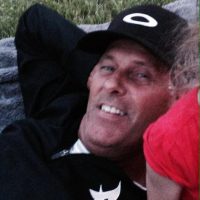 Brian Goff died in September 2015 after a heart attack and sudden cardiac arrest.

Brian died the next day at age 53. The CPR performed on him at the field kept him alive long enough to get him to the hospital, where he was then kept alive artificially until Goff and their children, Stephanie, now 27, and Tyler, now 25, got there.

“They tried for 12 hours, everything they could, really nonstop, and couldn’t stabilize him,” said Goff, 52. “We don’t know if having an AED would have changed things, but it might have, and when I lay my head down at night, I would at least have had the peace of knowing that everything that could have been used was available to him.”

From that point, Goff began working to learn about AEDs and having them put them in public places. It became a passion, and Brian’s Heart, Inc. was born.

“I thought, ‘I have to see something good come from his death,’” she said. “The thing that I was most passionate about at that point was making sure as many public venues have AEDs as possible.”

Educating the public also is a major part of the Brian’s Heart mission.

“I don’t think people realize that they can use them and how easy they are to use,” Goff said. “It’s important to make them commonplace, even in a place like a restaurant. You never know what’s going to happen or where.”

A majority of the AEDs are in Fortville in public parks, at athletic fields at Mt. Vernon schools and, among other places, with local families whose members may have heart issues.

“I didn’t want it to be a sad story,” Goff said. “I told the kids that this would change us, and that it was up to us to decide whether it was going to change us for the better or for the worse. We had to make the decision to be better in spite of it.” 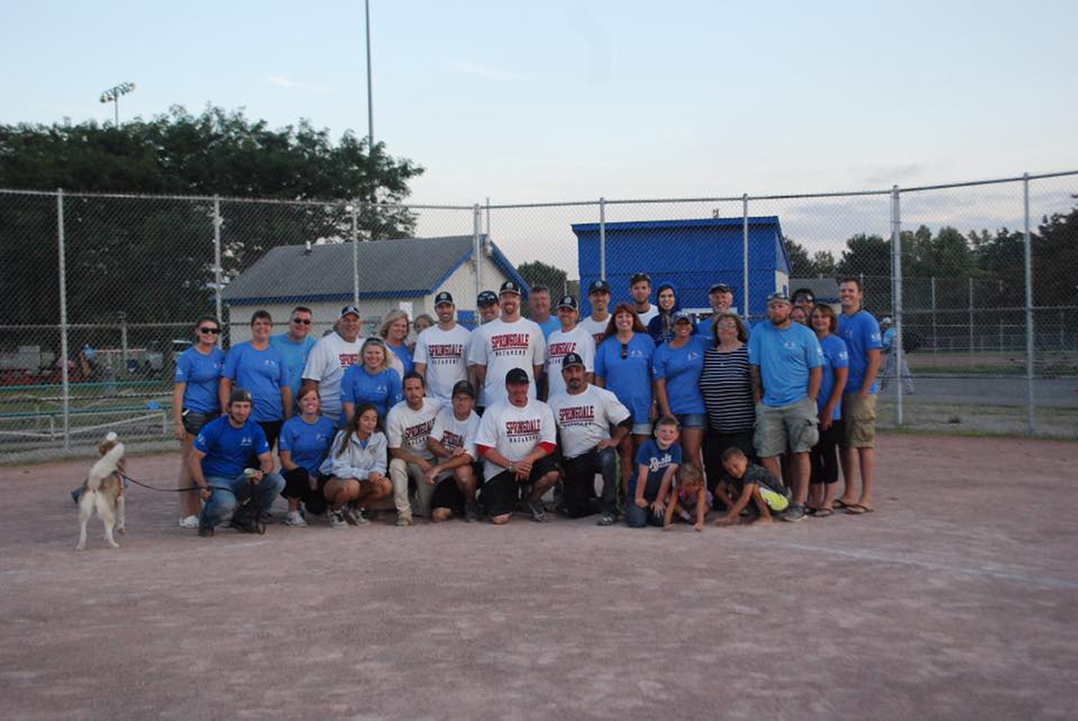 The Brian’s Heart Memorial Softball Tournament began in 2015 and will return Aug. 4 and 5 for its third year. (Submitted photos)

Linda Goff said she decided early on, approximately two weeks after Brian’s death, that a memorial softball tournament would be the perfect way to honor him.

The Third Annual Brian’s Heart Memorial Softball Tournament is set for Aug. 4 and 5 at Brandywine Park in Greenfield. For the first year, the nonprofit is adding an additional 50-and-older tournament the following weekend.

Registration is now open for both tournaments. Cost is $250 per team. To sign up, contact Brad Goff at bgoff@nutecroofing.com.

There will be a booth at the tournament that teaches attendees how to use an AED.

“Our goal is to not make the tournament another memorial for Brian. I want it to be happy, and he loved playing softball, so we really focus on keeping it fun and light and happy.”