You are at:Home»Current in Westfield»Westfield Community»Indianapolis Colts announce camp schedule at Grand Park for July 25 to Aug. 18 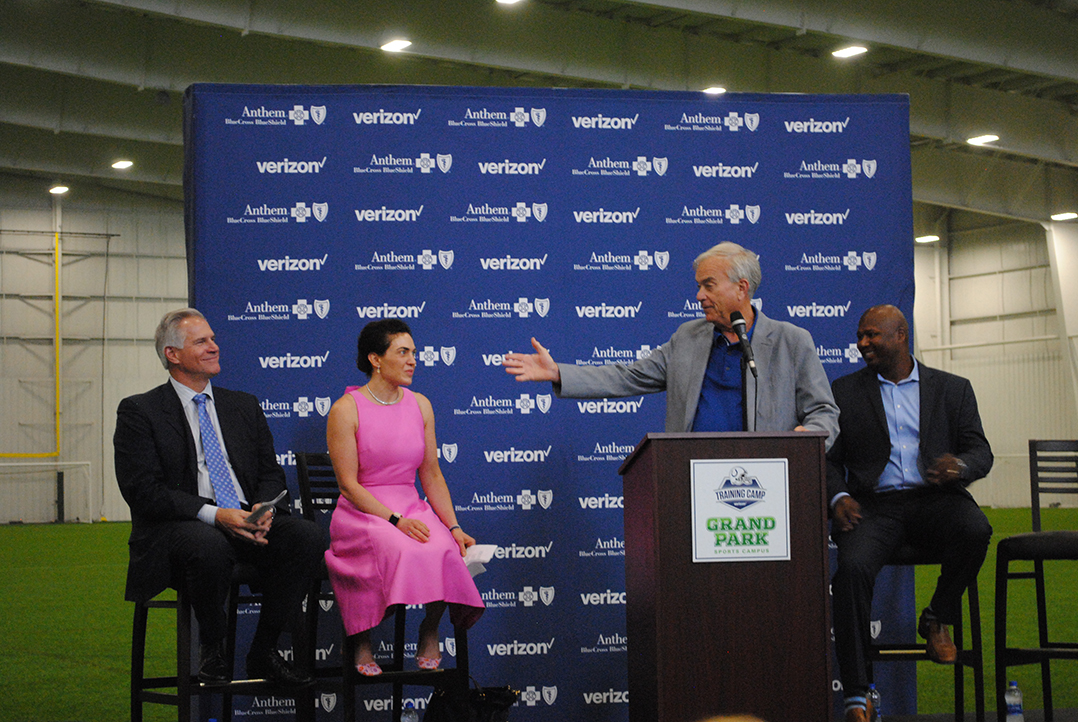 Mayor Andy Cook called the day historic for the city.

“We just absolutely thrilled to begin this process this coming month,” he said. “We want to show people that the City of Westfield has a heart. … We want to show that people of all states, counties and cities around us are welcome here on this massive campus.”

The camp will prelude the Colts’ 35th season in Indiana. In addition to Colts City, the interactive experience open during each practice day that includes photo opportunities, Colts inflatables, a picnic area and more, the upcoming training camp will include themed days such as sunrise yoga, community day, Bike to Camp day and more.

“It’s been such a delight to work with everyone here at Grand Park,” said Carlie Irsay-Gordon, Colts vice chair and co-owner. “This really is a world-class facility, and it’s the perfect place for our team to gear up for the season.”

During the camp, NFL’s clear bag policy for gamedays will be in effect in areas that require a ticket. The camp is free to attend, but attendees must acquire a free ticket available at colts.com/camp. A full schedule and updates are available on that site as well.

To finish up the training camp, the Colts will host joint practices with the Baltimore Ravens at Grand Park on Aug. 17 and 18. The practices prelude the teams’ preseason game on Aug. 20 at Lucas Oil Stadium.