You are at:Home»Current in Carmel»Carmel Community»Carmel wins first boys state golf title since 1990 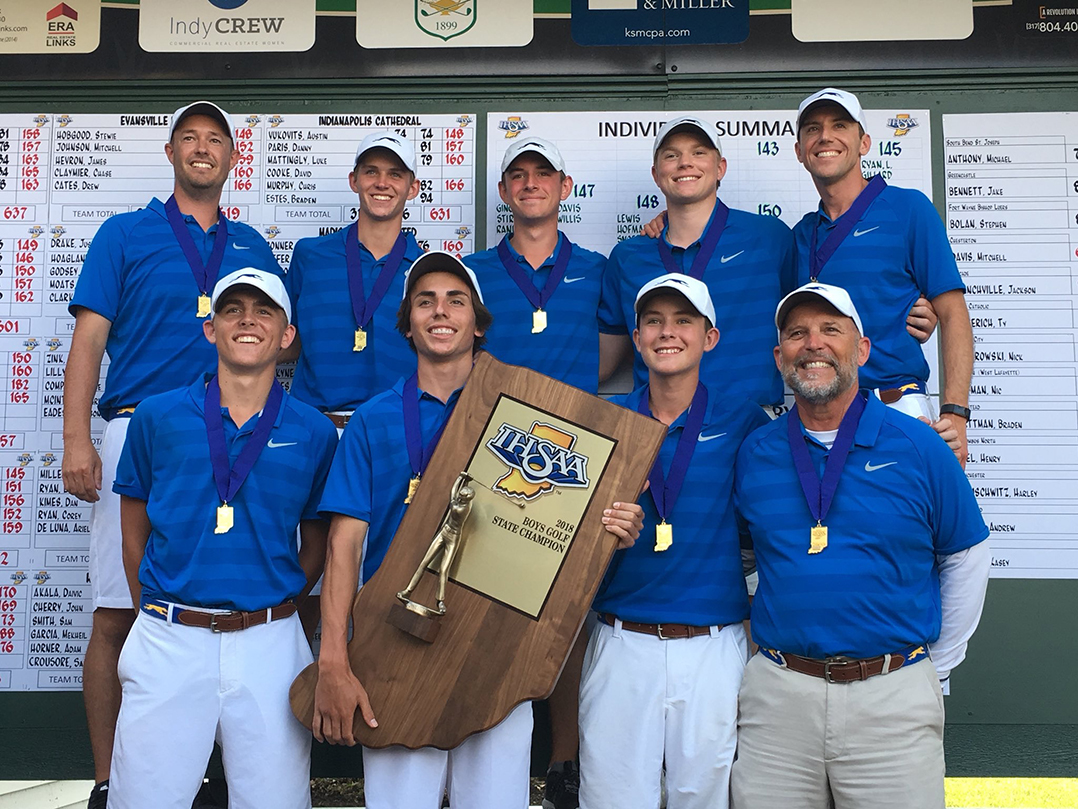 For Carmel High School boys golf coach Chard Reid, his team’s unselfishness made all the difference.

“It’s a team full of talent, but more importantly, this team bought into the team mentality where we are not just playing for ourselves,” Reid said. “So many of the best players around the state are so used to playing for themselves week in and week out. This team hasn’t done that. We’re going to hit different shots than if we’re in individual tournaments. They bought into a team that wanted to win a state title, and that’s been the biggest difference.”

Carmel finished second last year as Center Grove rallied for a record 18-hole total of 281 strokes on the final day. At Carmel’s Prairie View Golf Club June 13, Carmel held on to win its first boys golf state finals title since 1990 and sixth overall to move into a first-place tie with Anderson for the most state titles. The top-ranked Trojans, who trailed by four strokes entering the second day, made another run. However, second-ranked Carmel held on to win by a single stroke as Carmel finished with 601, one less than Center Grove.

“They are the most formidable opponent we could face,” Reid said. 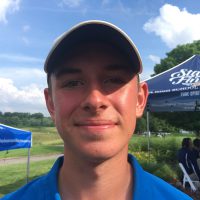 “I told Nick before the last hole you had to tie Noah (Gillard) or lose by one,” Reid said.

Reid said if the two teams had tied it would have gone to the fifth-player tiebreaker score and Carmel would lose.

After Gillard birdied, Dentino sank a putt for par.

“It was a clutch putt. He had ice in his veins,” Reid said.

Dentino said the victory over its Metropolitan Interscholastic Conference rival was sweet.

“We thought we were better than Center Grove and if we came out here and played good golf, we could beat them. We ended up being right,” Dentino said. “Props to them for sticking with us at the end. We feel good to win a state championship on our home course.” 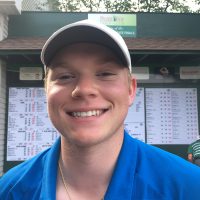 Sophomore Clay Stirsman was low for Carmel with a 146 (71-75), finishing in a three-way tie for third place.

Stirsman bogeyed the 18th hole. A par would have tied Fort Wayne Dwenger’s Logan Ryan and Gillard for the lead. Ryan won a one-hole playoff.

“It was a bigger deal for me to be a team player and win it as a team,” Stirsman said.

Dentino shot a 149 for Carmel, followed by teammates junior Cole Harris with 150, sophomore Luke Prall with 157 and senior Curtis Robertson with 162.