You are at:Home»Current in Westfield»Westfield Community»Westfield Chamber of Commerce appoints Nick Verhoff as interim president

Longtime Westfield Washington Schools administrator Nicholas Verhoff has been appointed the interim president of the Westfield Chamber of Commerce. 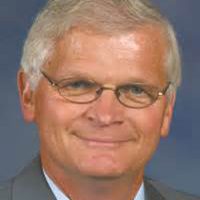 Verhoff, who served as WWS’s executive director of business & operations for 13 years, announced his plans to retire from the district in mid-2017 after a nearly two-decade stint in various roles within the district.

Most recently, he has been assisting the district transition along with serving as the interim transportation director during the last school year.

Verhoff, a Westfield resident, will now work with the community in a much different capacity.

“I have always been a strong advocate for businesses,” Verhoff said. “I believe in the community of Westfield and a strong business environment, we want to encourage businesses to come here and prosper here.”

Verhoff said he always had an interest in the top job and once the position became available it seemed like a “perfect fit” for him to step in and contribute.

“The chamber is trying to redefine itself and give more direction to the business community,” Verhoff said. “We are giving the board plenty of time to determine the next president and I will stay on as long as I feel I can contribute.”

Verhoff has served as a member on the chamber’s board of directors for eight years.

“I know how it functions,” he said. “I want to help lead the chamber to the next stage.”

Verhoff said he will advocate for continued communication among members and focus on “real issues that exist in the community,” such as workforce development.

“We need to start to address some real issues,” Verhoff said. “A lot of businesses, particularly in the service industry, are scrambling to find workers. I don’t know if the chamber has the answer, but we want to be part of the solution.”

Verhoff said he encourages chamber members and even non-members to communicate with him how best they might benefit from future decisions.

“We are always looking to explore and see what other ideas can offer,” he said.

Verhoff will temporarily replace former president Jack Russell who left in May to become the Chief Operating Officer OneZone Chamber. A permanent replacement will be named in the coming months.

“We feel this is a great opportunity for the chamber to bring in Nick while the board searches for a permanent president.” Chairman of the Westfield Chamber of Commerce Board Rob Garrett stated in a press release. “He has been highly involved in this community for many years and has a passion for the work the chamber provides to the businesses of Westfield.”

Verhoff will begin his first day as interim president on July 1. For more visit westfield-chamber.org.