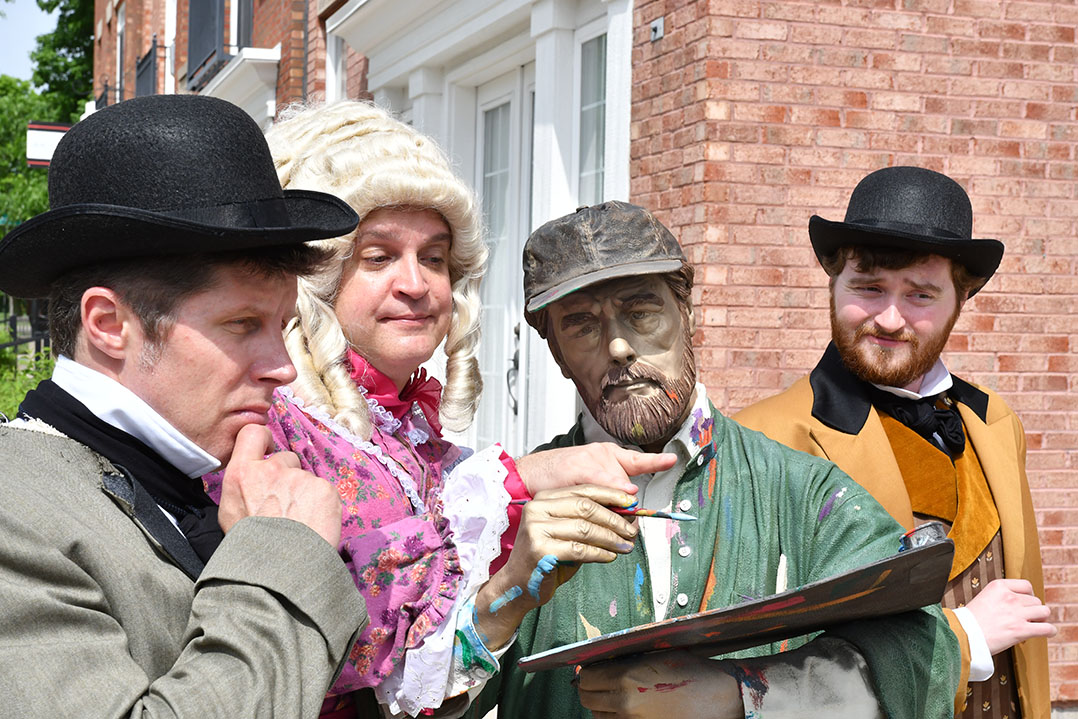 From left, Kelly Keller, Jaime Johnson and Matt Hartzburg appear in “Is He Dead?” (Submitted photo)

CCP brings Mark Twain play to life. The play was buried in his manuscripts for 100 years. The comedy focuses on a starving artist who fakes his death so his paintings will rise in value.

Actors Theatre of Indiana brings back this musical, which was a popular hit for ATI during the 2016-17 season. The show features an impromptu jam session with Elvis Presley, Johnny Cash, Carl Perkins and Jerry Lee Lewis in 1956.

The plot of the psychological thriller centers on three strangers who are locked in a room together and  have to figure out what they have in common to solve the mystery of how they ended up there.

“James and the Giant Peach,” Civic Theatre, The Tarkington, Carmel

Jr. Civic presents the children’s classic by Ronald Dahl about a boy, his insect friends and their amazing journey across the ocean on a giant piece of fruit.

John Fogerty will plays songs from Credence Clearwater Revival and solo career and be joined by ZZ Top.

The Steve Miller Band, Rock and Roll Hall of Fame members, will be joined by Peter Frampton, who had several hit singles in the 1970s.