You are at:Home»Current in Fishers»Fishers Business Local»Longtime jewelry store J.L. Hupp to close as owners retire 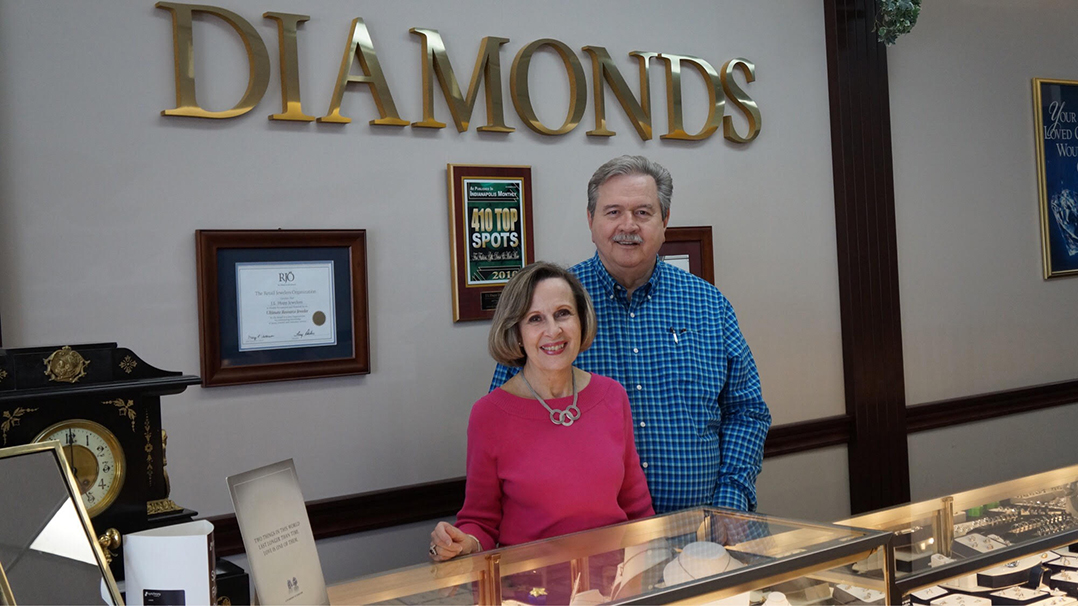 J.L. Hupp Jewelers will close at the end of the summer as owners Jerry and Lynn Hupp retire. (Submitted photo)

Longtime independently owned and operated J.L. Hupp Jewelers, 7808 E. 96th St., will close at the end of the summer.

Owners Jerry and Lynn Hupp opened the store inside the Glendale Mall off 62nd Street and Keystone Avenue in April of 1977. The couple recently announced plans to close the store when they retire Aug. 31.

In 1987, the couple bought a second store in Crawfordsville before moving to its Fishers storefront in 1991.

At the time the couple moved to Fishers, the 96th Street corridor was a two-lane road.

Owner Lynn Hupp said there was a big cornfield across the street.

“It was a really nice place when we started here,” Hupp said. “We have watched Fishers and the area grow as a whole.”

The jeweler specializes in providing an array of items jewerly items, watches and clocks. Along with custom design, the company also offers appraisals on jewelry and watches.

The company is one of the few in the Indianapolis metropolitan area that sells and services antique and modern clocks.

“This has basically been our life for 41 years,” Hupp said. “(Jerry) and I have been married 51 years. And over the years, customers have become our friends.”

Hupp said she has been invited to weddings and anniversaries of longtime customers.

“We still have people come from our old Glendale shop,” she said. “They have come in since the beginning and stayed all these years. Those are the people it’s going to be hard to say goodbye to.”

Hupp said after more than four decades in the jewelry business it was time to think about future plans.

“It is going to be hard to say goodbye but we need a life together, too, as we have grown older and haven’t taken a vacation for 27 years,” she said. “One of us has always been here to keep the store open.”

The couple plans to continue being active in the community through their church and spending time with friends and family.