For more than seven years, Dr. Louis Janeira had a driver transport him from his Zionsville home to his private practice medical group in Terre Haute.

Janeira said the drive provided three to four hours of “me time.” 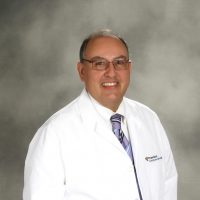 One of those plays, “Critical Recall,” a psychological thriller, will be presented by the Indiana Theatre Company at The Cat Theatre, 254 Veterans Way, Carmel, June 15 to 24.

Janeira, a cardiologist and electrophysiologist, started working in January at Franciscan Health Care System with offices in Indianapolis and Crawfordsville.

“Now that I work much closer, I no longer have a driver and have to find the time to write, though it is much more difficult,” he said.

Janeira said his proudest moment was when his play, “Secrets Of The Heart,” won a playwrights’ contest and appeared in Off-Off-Broadway.

Director Aaron Henze said the plot centers on three strangers who are locked in a room together and have to figure out what they have in common with to solve the mystery of how they ended up there.

”Since this is the first production of ‘Critical Recall,’ there is a sense of freedom but also a challenge to not having any previous versions of the show to turn to for ideas, inspiration or suggestions,” Henze said. “Fortunately, Louis Janeira has been very accessible to answer any questions that may come up as part of the research or rehearsal processes. I’m also lucky to be able to collaborate with an incredibly talented creative team, who are very receptive to any crazy ideas I might throw their way.”