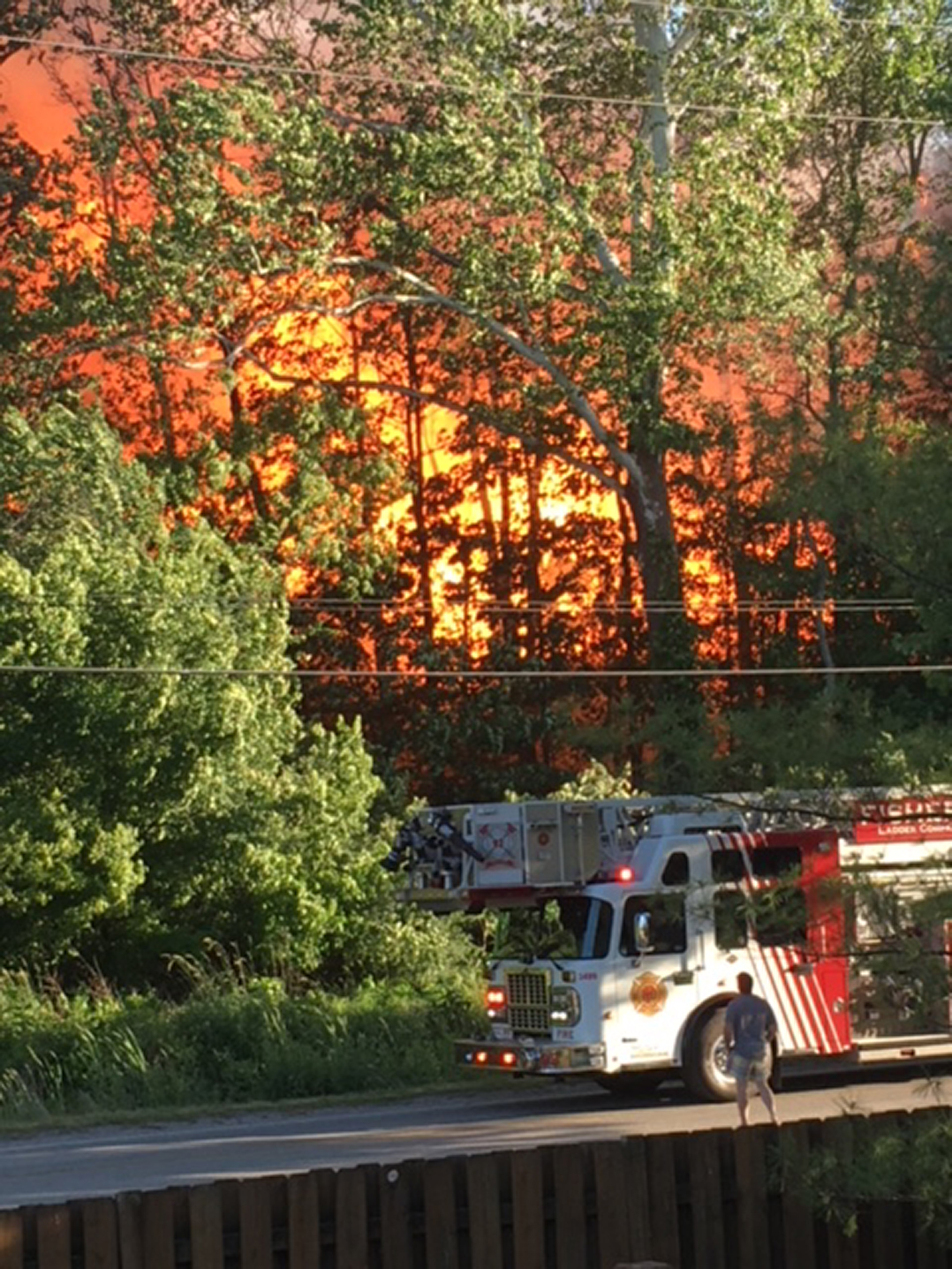 A Fishers Fire Dept. ladder truck parks near a June 3 house fire. Firefighters were dispatched at 7:34 p.m. and 25 firefighters arrived on scene for what the department is calling a “suspicious house fire” at 106th Street and Hague Road. Lanes to the structure were inaccessible and firefighters were required to drag more than 1,000 feet of hand lines to reach the structure. Surrounding woods also burned, requiring more firefighters on scene. No injuries were reported. A financial loss has not been estimated. Hamilton County Sheriff’s Dept. is assisting in the investigation as the area is unincorporated into the city. (Photo by Brendan Tebben)