You are at:Home»Current in Zionsville»Zionsville Cover Stories»Thrive at 45: SullivanMunce prepares for the future as it preserves the past 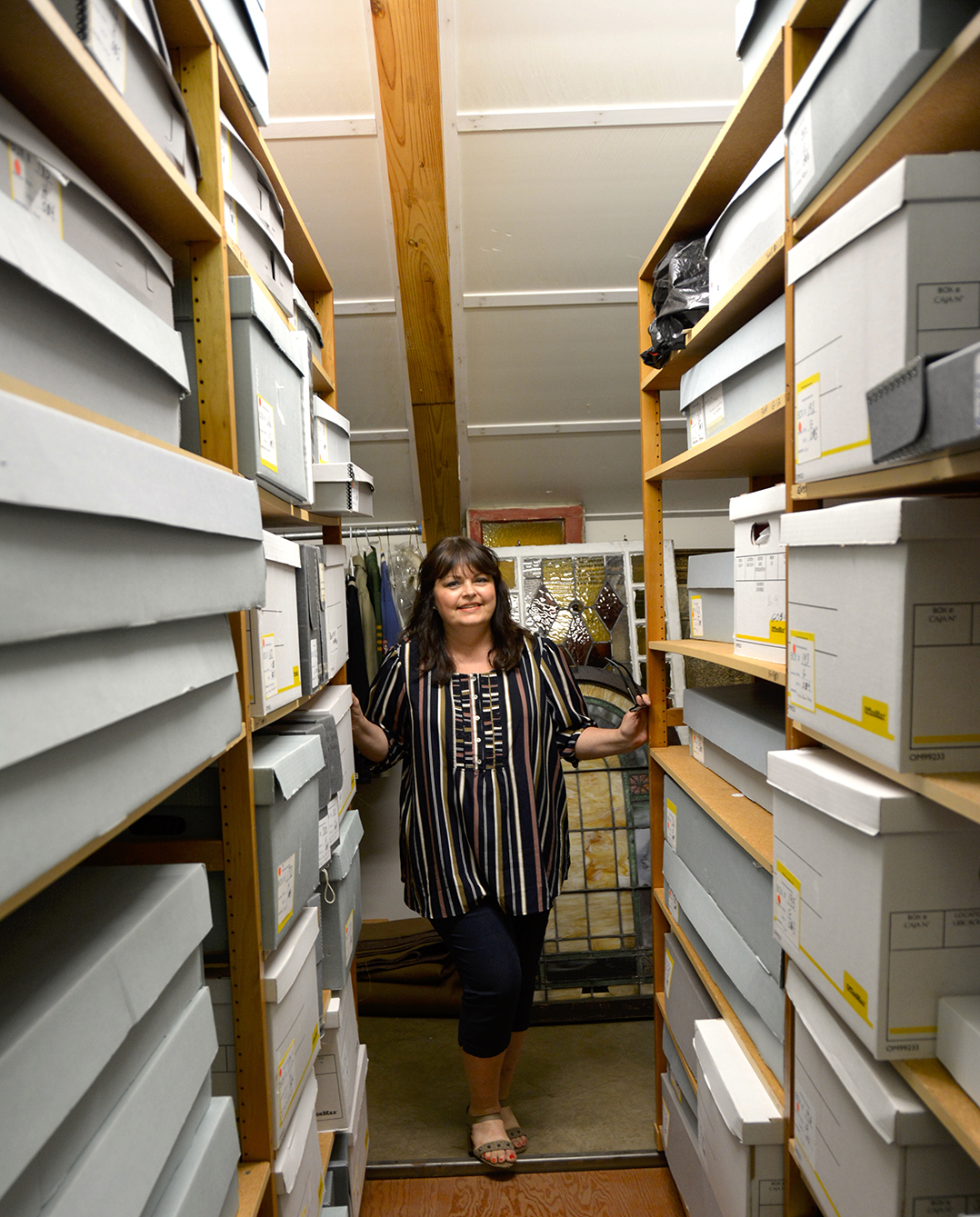 When Iva Etta Sullivan died 52 years ago in Washington, D.C., she surprised Zionsville by leaving the remainder of her estate to the town to create a foundation with a goal to study and preserve Indiana and local history. She stipulated that it be named the Patrick Henry Sullivan Foundation in honor of her great-grandfather, an early Boone County settler and veteran of the War of 1812.

“It was something that was a great gift,” said Sam Fix, who served on the foundation’s board before the resulting Patrick Henry Sullivan Museum even had a building. “It was an exciting time in the development of it.”

Now 45 years after opening, the museum has transformed into a combination art center, genealogy library, welcome center, gift shop and catalog of the town’s history.

“It just kept growing and growing,” said Fix, who served on the board for 22 years and was president for nine years.

The different additions in different buildings weren’t always cohesive. Executive Director Cynthia Young, who joined the museum in 2007 as an art instructor, didn’t initially realize that all of the pieces were part of one entity.

Physically connecting the museum and the Munce Art Center next door was the first step, but in the past decade she has focused on raising awareness for what the organization does.

A September formal gala on a local farm kicked off the 45th anniversary. In 2018 will involve moving the cultural center forward with technology, expansion and classes.

“I wanted to take a step back and really focus on our mission and why we’re here and to really concentrate on our programming and what we’re offering to the community,” Young said.

The cultural center is slowly rolling out an online catalog of the museum’s artifacts and materials, partly to preserve paper items and others delicate pieces. The biggest challenge is finding volunteers to photograph, scan and label items.

The catalog is created from museum-specific software that was already gathering membership information.

“We had the software for a while but it wasn’t being utilized like it could,” Young said. “It was exciting when we found that out.”

The genealogy library will be available online in the near future thanks to an affiliation with Family Search.

“They’ll do it for their purposes,” Young said. “We have some unique things that they probably don’t have.”

Donated personal family histories and Boone County information are specific to SullivanMunce and not available elsewhere.

Recently, the museum established an endowment through the Community Foundation of Boone County and will focus on volunteer staff development.

Moving forward, Young expects more collaboration with businesses and other organzations in the community. Two goals for the near future are collecting public input for new programs and creating a new strategic plan.

A women’s guild established in 1972 to support the museum still continues today. It raises money through its annual garden tour, a Victorian tea and bake sales. Initially, guild members served as museum guides.

“Edie Mahaney played a monstrous part in the museum,” Fix said. “We’ve lost a lot of great people who had a lot to do with the museum.”

Yet, new people continue to be involved. More than 200 volunteers help the museum with daily operations and various events, such as the October GhostWalk, a Gardens of Zionsville tour and garden party, art exhibits, summer camps, third-grade history tours and a biannual quilt show. Young is the only staff member paid by the foundation.

In the past decade, Young has welcomed groups to meet at the SullivanMunce if they share the organization’s mission celebrating art, history and genealogy. None have a formal place to meet, such as The Calligraphy Guild of Indiana, Zionsville Historical Society, Zionsville Drumming Group and Psi Iota Xi among dozens of others.

“We’re more community-oriented instead of feeling like a separate entity,” she said.

Women with a mission

The Patrick Henry Sullivan Museum may have been named for a male, but it’s thanks to the generosity of females that the SullivanMunce Cultural Center has become integral to Zionsville. 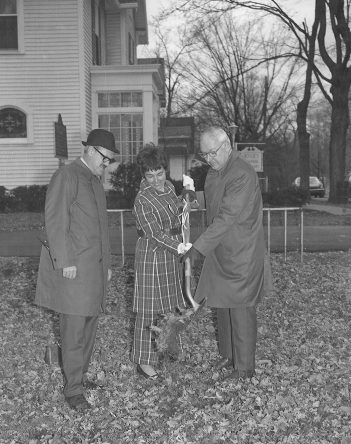 Iva Etta Sullivan was an 1896 graduate of Zionsville High school who became a librarian and moved to California to assist with historical research for Cecil B. DeMille. She then moved to Washington, D.C. until she died. Although she reportedly never returned to Zionsville, she evidently had an affinity for the town, bequeathing it $434,155, the equivalent of $2.9 million today.

In 1981, The Munce Arts center opened thanks to the bequest of former artist Mary Elizabeth Munce, who grew up in the area. Nine years later, the Moore/Brunes Memorial Addition was built to house a rural family life exhibit thanks to a donation by Sparkle Moore Furnas and her family. It has since become the Moore/Brunes Gallery for art exhibition. The buildings were connected in 2010, partly through a donation in memory of Cynthia Yeo, a Zionsville artist who lived a few doors down and was active in the art center. In 2014, the Zionsville Welcome Center, after losing its downtown location, became incorporated.

The initial bequest from Iva Etta Sullivan’s estate took several years and a bit of debate to determine where to build the foundation’s headquarters. The Hussey Memorial Library, then on West Hawthorne Street, owned two adjacent lots left by Lora Hussey when she donated her home to create a library. The new board of the Patrick Henry Sullivan Foundation eventually came to an agreement to purchase the lots from the town and broke ground Nov. 21, 1971. The cost was estimated at nearly $135,000 to build the museum, with the remainder of the estate used for purchasing artifacts and establishing a trust for upkeep.

The Patrick Henry Sullivan Museum was dedicated June 10, 1973, with former Indiana Gov. Roger D. Branigan presiding over the festivities and reportedly calling it “a beautiful jewel box” of Zionsville.