You are at:Home»Current in Geist»Geist Cover Stories»Progress in placemaking: Fortville vying for Stellar Communities designation 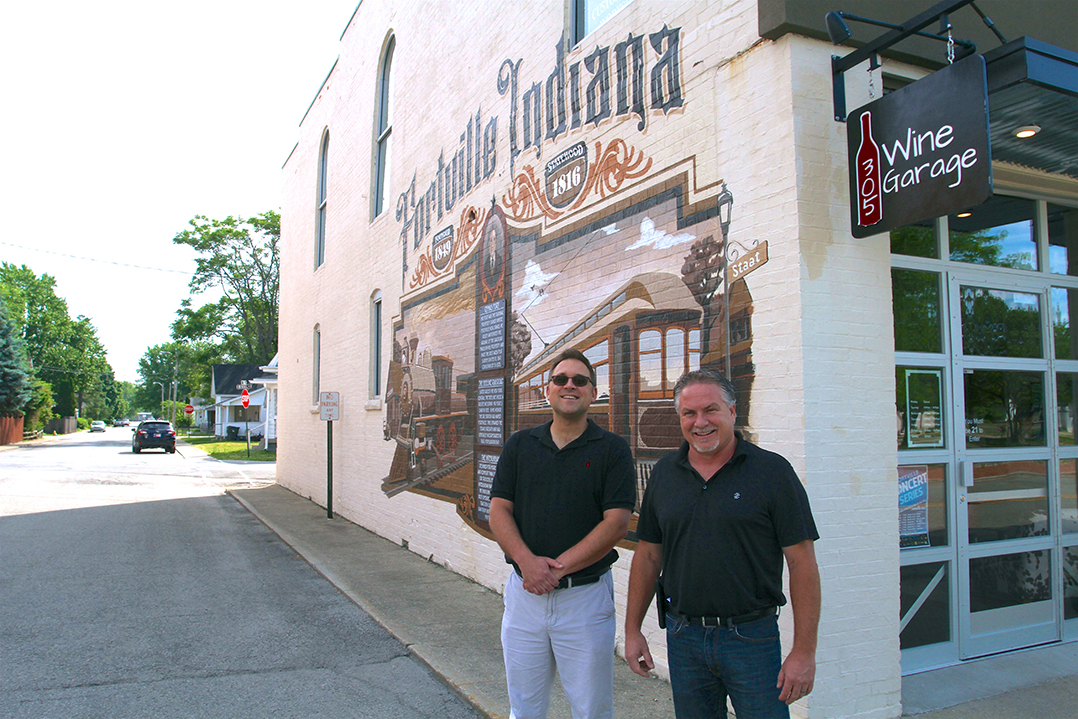 Last month, the Town of Fortville announced its participation, with neighboring Greenfield, in the 2018 Stellar Communities Program.

One week later, “The Health and Heritage Region,” comprised of both the Town of Fortville and City of Greenfield, was named a finalist in the program, led by the Office of Community and Rural Affairs, which is overseen by Indiana Lt. Gov. Suzanne Crouch.

Since 2011, the Stellar Communities program has been awarding grants and resources to communities looking to revitalize.

“It’s about a $16 million package,” Fortville Planning Administrator Adam Zaklikowski said. “It’s comprised of low-interest loans for developers, tax cuts for developers and grants for the municipalities. Basically, out of the Stellar (Communities) program, there are three main entities that are chipping in funds.”

Those entities include the Indiana Dept. of Transportation, which gives approximately $2 million. Approximately $8 million comes in the form of tax credits from the Indiana Housing and Community Development Authority, given to a developer for business taxes over a 10-year period that would build a multi-family development for workforce housing. The third stream of money, approximately $4.5 to $5 million, would come from community development block grants from OCRA.

“As part of our application, there’s also a component for some single-family housing,” Zaklikowski said.

“We’ve gotten some OCRA grants in the past,” Fortville Town Manager Joe Renner said. “When we established our Indiana Main Street organization, we started learning about all the grants that were available, what they had to offer and learning about Stellar Communities and what it was. We then started getting ourselves in more of a position to be eligible for that because you have to be ready to go. When you apply for Stellar Communities, you have to have projects in line and ready to go and doing these projects whether you get the grant or not. The grant is really more of a boost. They’re looking for communities that already have a plan.”

Fortville has a plan.

Earlier this year, plans for major improvements to Main Street – the hub of economic development in downtown Fortville with new businesses rebuilding and remodeling to fill in empty spaces in the historic district – were unveiled. The $2.5 million project, expected to begin in fall 2019 and aimed at primarily improving pedestrian safety, will add crosswalks, new sidewalks and curbs, lighting and reconfigured parking. The project will go to bid in July.

Zaklikowski said a steering committee, comprised of town councilors, members of the redevelopment commission and developers, among other stakeholders, will be created to give input on the full Stellar Communities application, which is due in September.

“They’ll help go through these different projects and further vet them and provide guidance on items to include in the full-blown application,” he said. “Then, if we’re awarded, that group would provide guidance and oversight to the staff in executing those projects going forward.”

This is the first time the Town of Fortville has applied for the Stellar Communities designation. Two regions will be chosen as winners Dec. 4 to kick off the four-year partnership with OCRA. 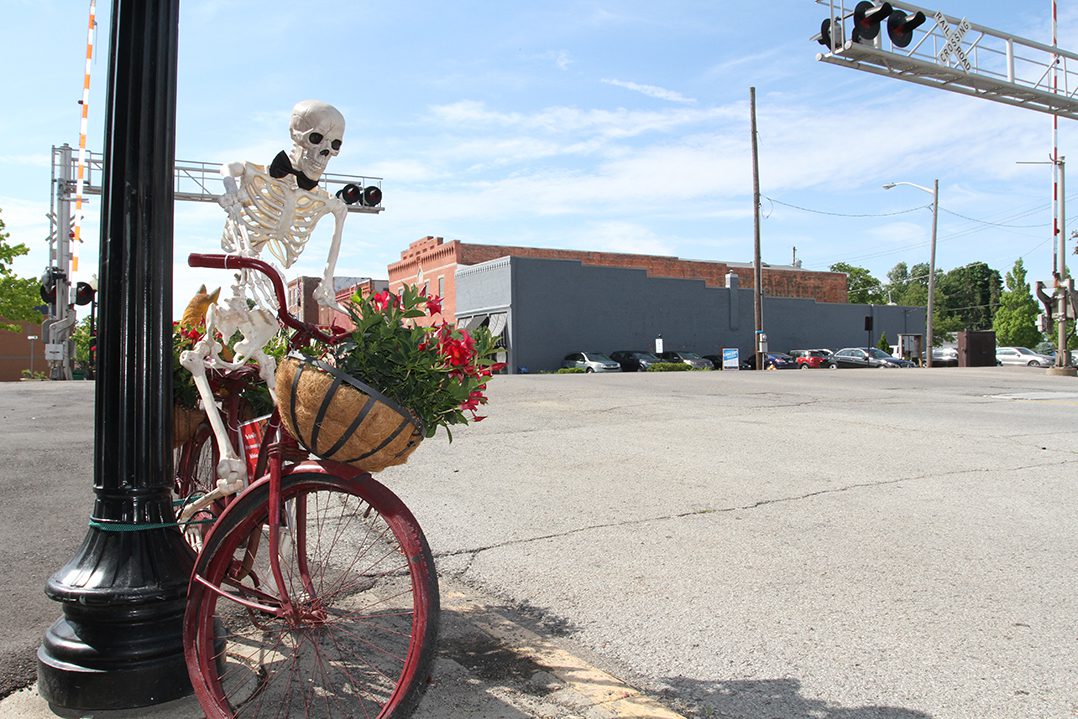 “Bikes in Bloom” features vintage bikes and flowers, each with its own character, reflecting various downtown businesses.

Some smaller projects are already taking shape in downtown Fortville.

One example is “Bikes and Bloom,” an idea borrowed from Greenfield that features vintage bikes placed along Main Street, attached to streetlights.

Each bike is different, featuring colorful plants and flowers and representing the character of a nearby business. For example, the bike parked outside of Taxman Brewing Co. features a skeleton (used in Taxman’s branding and logo), flowers and a fox statue on the back to represent FoxGardin Kitchen & Ale, just a few storefronts down. 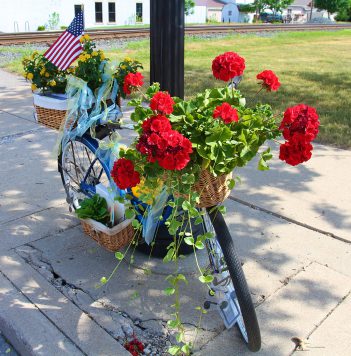 “Bikes in Bloom” is now on display on Fortville’s Main Street.

“We’re always looking for ways to team up with Greenfield with the different cultural events they have, festivals and things of that nature” Zakliskowski said.

Other placemaking events will continue through the summer, including the Fortville Summer Concert Series, which begins June 14 and continues each Thursday at 7 p.m. through July 26.

“Fading Skylines,” an event honoring local watercolorist Cathleen Huffman, will be from 6 to 9 p.m. July 7. The event will take place in the shadow of Fortville’s grain elevator in the heart of the town, where a portion of Huffman’s collection of grain elevator paintings will be on display. An interactive watercolor table will give attendees of all ages the opportunity to paint their own grain elevator. Watercolor pieces featuring Fortville will be sold during the event, and Huffman will speak.