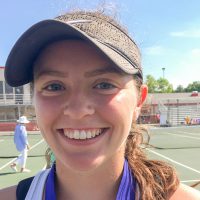 “That knocked me out of individuals, but I knew I had to refocus because we still had team on the line,” Lemonds said.

Lemonds did just that, beating Cathedral senior Maeve Koscielski to capture the decisive point in No. 1 Carmel’s 3-2 victory against No. 2 Cathedral in the IHSAA Girls Tennis Team State Finals championship match June 2 at North Central High School. It was the Greyhounds’ (17-1) second consecutive girls state team title and fifth in six years.

“I was definitely feeling a little pressure because I kept missing my serves,” Lemonds said. “The cheering from my teammates helped me.”

Carmel coach Spencer Fields said he figured it would come down to the No. 1 singles with two top college-bound players. Lemonds is headed to Michigan State and Koscielski to Notre Dame.

“These two girls have been so close for so long,” said Fields, whose team beat Brownsburg 5-0 in the semifinals earlier in the day.

Fields was proud of how Lemonds (22-1) bounced back from her earlier setback.

“It takes a lot for a person to rebuild themselves after losing their individual title. Luckily, Lauren had a goal of winning a team title all year,” Fields said. “She’s a great team player.”

Other winners for Carmel in the championship were junior Franny Werner at No. 3 singles and freshman Leila Antony and junior Apurva Manas, 6-4, 6-4, at No. 2 doubles.

In a battle of freshmen, Cathedral’s Ellie Pittman, a Carmel resident who finished 23-0, beat Sydney Morris 6-4, 6-4 at No. 2 singles.

“What a leader she has been. Ellie is going to be something the next couple of years,” said Cathedral coach Mark Noe, whose team previously lost to Carmel 3-2 in the regular season. 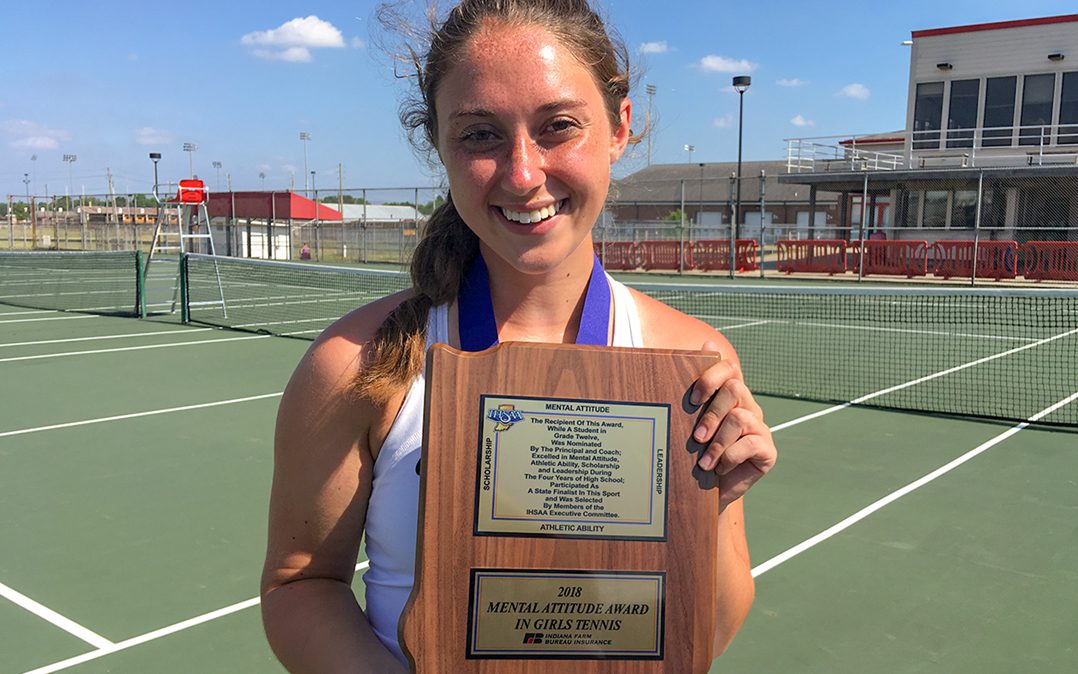 Greyhounds senior Grace Marchese and freshman Emma Brune lost to Cathedral’s Meg Coleman and Claire Koscielski at No. 1 doubles, but that didn’t dampen a special day for Marchese.

“This state title has meant so (much) more than the others because I know I’m a senior, and as seniors we’ve been leading the team all season,” Marchese said.

“I didn’t even know I was nominated,” Marchese said. “It’s special to be looked (at) as a leader, a scholar and someone who volunteers for their community.”