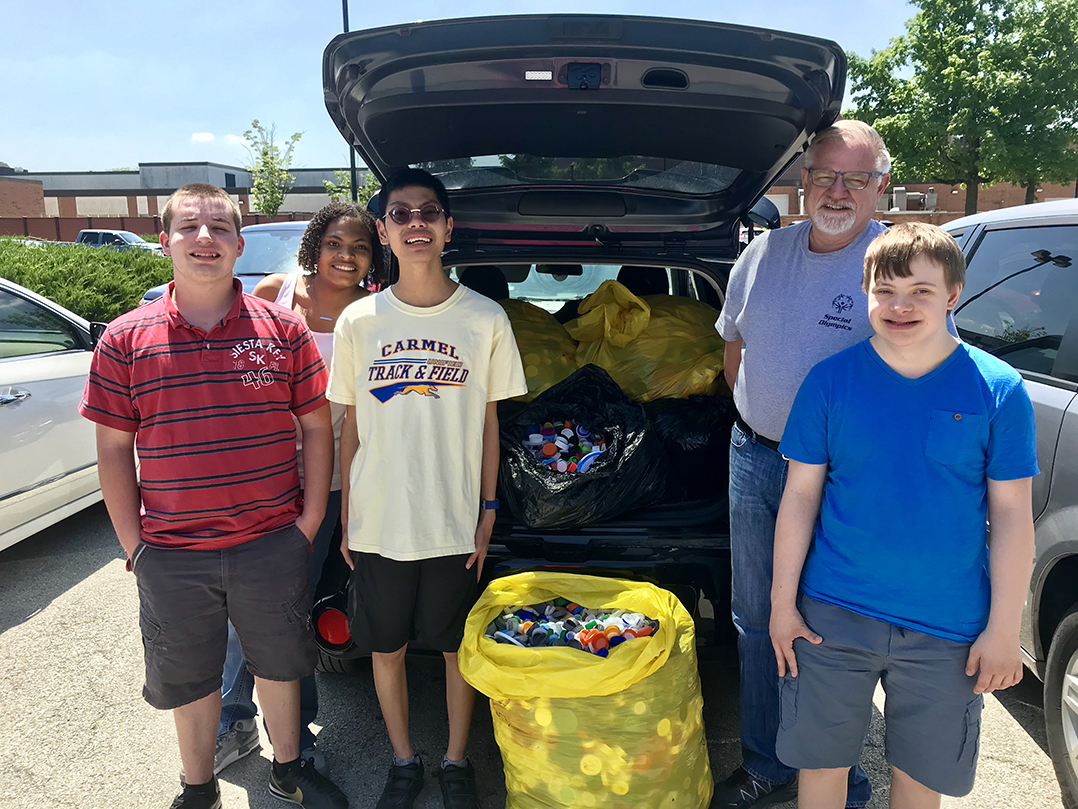 Front , from left, Jackson Joset, Michael Herod and Evan Goodrich and back, from left, Oriana Perez and teacher Luther Lofland display some of the 400 pounds of bottle caps they collected during the school year. (Submitted photo)

Carmel High School’s Special Education Functional Academics Programming class has spent the past school year collecting 400 pounds of plastic lids and bottle caps as part of a program called Caps/Lids for Benches. The caps and lids will soon be sent to a plastics recycling company, which will melt them into a special “Buddy Bench” for school use.

Terri Yates, the instructional assistant for the class, said students can sit on the bench when they feel they need a friend so that other students know to reach out. The final placement of the bench has not been decided, though ideas are being discussed. 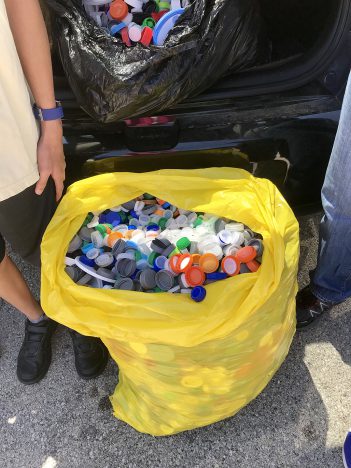 “At the high school level, we could put the bench in the Freshman Center, in the hallway, for overwhelmed kids coming through school for the first time,” Yates said.

Teacher Luther Lofland also used the caps and lids to enhance classroom learning throughout the year.

“We incorporate the caps and lids into our math and vocational education classes as an integrated unit by counting, sorting, weighing and most importantly, collecting them throughout the school while also working on social skills,” Lofland stated in an email to CHS staff.

In addition to learning about recycling, math and social skills, students in Lofland’s class have learned to push toward a goal alongside fellow students.

“This semester, the students have worked so hard, and even all the staff have worked hard,” Yates said. “It’s kind of brought the high school together. In all the cafeterias and libraries, there are signs that say, ‘Lids for Kids,’ and there are donation buckets. Everyone contributes. I don’t think there’s a student or staff member at the high school who doesn’t know why we’re collecting them.”