You are at:Home»Current in Fishers»Fishers Community»African-American historic sites in Indiana to be featured in virtual museum

The National Park Service has awarded Ball State University a grant from the African-American Civil Rights Grant Program to compile a list of 100 prominent sites in African-American history across the state. It is the first-ever grant from the program to be awarded in Indiana. Emily Riley, a Ball State public history major and Fishers native, spent the past semester working on the two-year joint project between the history and anthropology departments with nine other students. 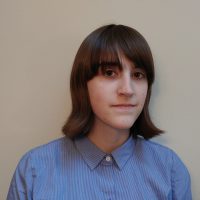 “Receiving this grant is really cool, especially since I know that the National Park Service is a bigger historic institution,” Riley said. “I know IU (Indiana University) has a huge program, so it’s a pretty big honor for our school specifically to get this.”

The students are researching sites in every Indiana county, but most are in Indianapolis and Gary. The historical sites range from churches to family businesses, such as hair dressers and grocery stores. Some even have connections to the Underground Railroad. To find information about each site, students searched Indiana’s government website, online history databases and history magazines.

Each of the sites will be featured in a virtual museum set to debut the summer of 2019. All of the research will be stored in a database, where visitors can look at locations on a map to learn more about each site. There will be photos and some video footage to go along with the information provided about each site.

Riley encourages everyone to take a look at the virtual museum when it’s finished to learn more about the importance of African-American communities.

“I think I gained a lot of insight on the African-American community of the past because it’s a lot different than the present,” Riley said. “But you can still see a lot of the connections. You can see the sense of community.”