Courtney Krauter loves the variety of her latest acting conquest. 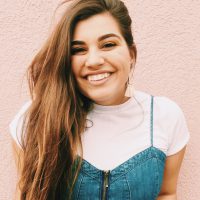 Krauter, a 2017 Herron High School graduate from Carmel, plays a librarian, Ruth Two Bears, Chippy, and a hippie in Eclipse’s production of the musical “Dogfight,” which runs through June 17 at IndyFringe Basile Theatre, 719 E. St. Clair, Indianapolis. The musical, which tells the story of three young Marines on the eve of their deployment in November 1963, began May 31.

“I love all of these roles because they are extremely diverse, and I get to explore multiple personalities within one show,” said Krauter, who will be a sophomore at Indiana University this fall. “With that being said, it’s difficult having to switch into different characters so quickly, but it makes my roles that much more exciting for me.”

Although this is Krauter’s first time performing in the Eclipse program, she was involved with Summer Stock throughout high school. Summer Stock created Eclipse, a professional offshoot that provides opportunities for emerging artists who are in college or working in theater.

“What I love about this production is how professional and fast-paced yet fun and lively everyone is,” Krauter said. “One of my favorite songs is “Give Way.’ Not only is the music simply beautiful but it complements the unconventional love story told on stage brilliantly.” 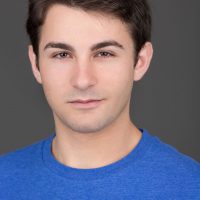 “Pretty much every role in this show is challenging because the music is beautiful but very demanding,” Mervis said. “The music was written by (Benj) Pasek and (Justin) Paul, who wrote the music for ‘La La Land,’ ‘Dear Evan Hansen’ and ‘The Greatest Showman.’ They are brilliant, so we have to work hard to make sure we’re doing the songs justice. Ralphie is an interesting character because he’s a little tough to love. He’s definitely hard around the edges, but it helps you realize all that these young guys were going through. He has some vulnerable moments in the show where you get to really see the fear and anxiety that he has about being deployed. There are a lot of layers to him, and I’m still working on peeling all of them back, but it’s been such a fun challenge so far.”