CCPL will extend its reach west of U.S. 31 next year with its first library branch. CCPL has found space to lease at 12770 Horseferry Rd. in the Village of West Clay and will open in early 2019. 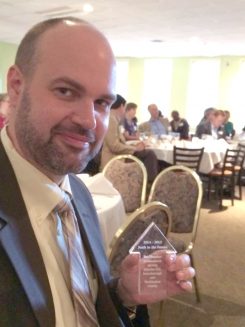 “We’re delighted that this is moving so fast,” CCPL Director Bob Swanay said. “It’s exciting because this is one of the top suggestions from Carmel residents for many years now.”

Swanay said one benefit to the leased space as opposed to constructing a new building is it allows operations to begin much more quickly. In addition, CCPL has flexibility if the branch is more or less successful than expected. He said CCPL could open another branch in another part of town if usage is high or it could close the west branch with minimal risk if demand is low.

Based on initial feedback, Swanay said he expects the west branch to be popular. He said he can envision some regular users of the main building choosing to use the west branch  for convenience, and he expects to attract people who haven’t been to Carmel’s library before.

“I think we could see a new audience and reach new people,” he said. “It’s just another way we can serve the community, not only immediately but also in the future.”