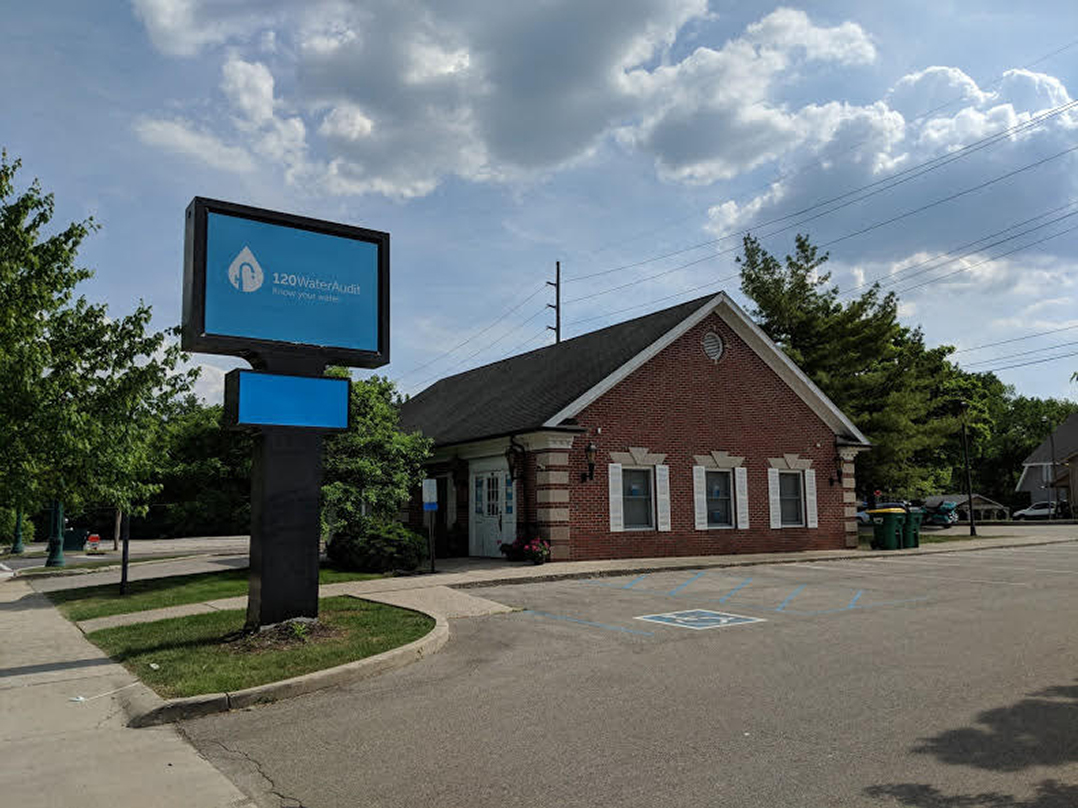 It’s “serendipitous” that 120WaterAudit’s fulfillment has taken over the building at the corner of Main and First Street, according to co-founder and CEO Megan Glover.

“We were in crunch time where we didn’t have a plan B,” she said. “We were literally prepping to have fulfillment come back into my basement.”

The fulfillment center is at 390 South Main St. in a building owned by the town of Zionsville and recently vacated by another local startup, Boosterville. Town officials previously announced they will allow growing companies to utilize the empty building until the property is sold.

The entire company, including fulfillment, had been utilizing a large room in zWORKS where the company was founded. As staff grew, fulfillment storage was spread over multiple locations, requiring the team to often make multiple daily trips to ensure they had enough product. Recently, Glover learned it had to relinquish the zWORKS space for another startup.

Having everything in one place is “game changing,” Glover said.

The company’s business operations moved in October 2017 to 10 South Main St. on the second floor of the building occupied by Clear Software and Rosie’s. Since the move, the staff increased to 16 people.

Glover hopes in the next couple years it will be at the next stage of growth and can have all operations under one roof.

Over the last several months, it has added public water system clients in Colorado and Pittsburgh and is in the process of pursuing Chicago Public Schools and the state of Maryland.