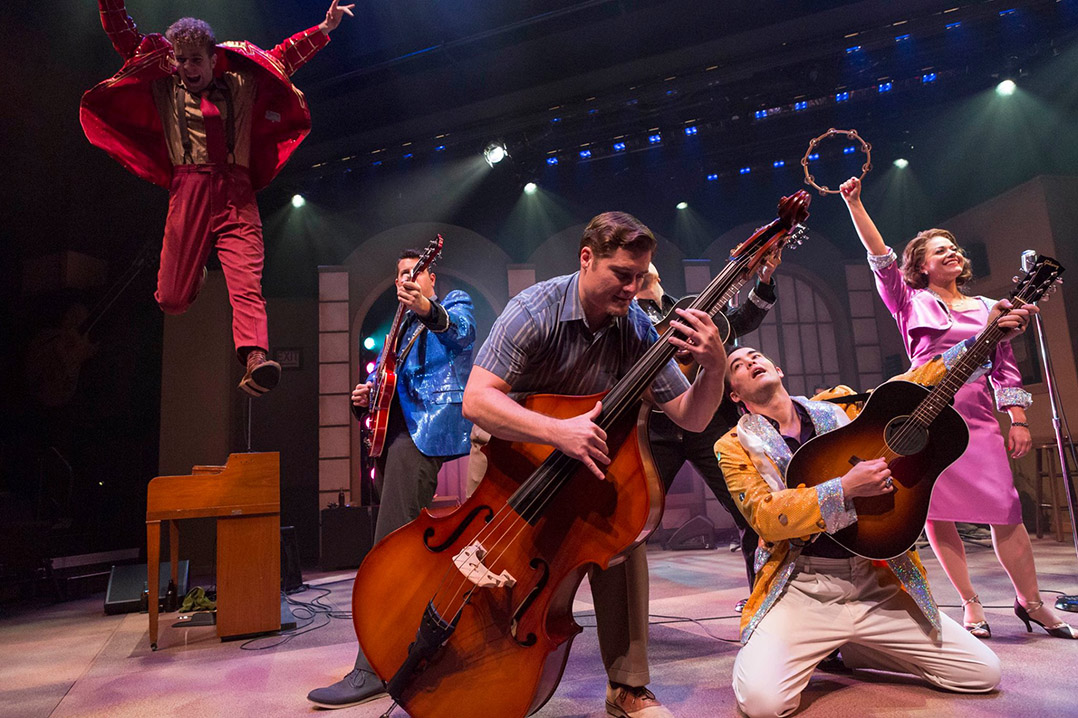 “Million Dollar Quartet” was quite valuable to Actors Theatre of Indiana’s first run in the fall of 2016.

“It broke all box office records. It’s definitely back by popular demand,” said ATI co-founder Don Farrell, who performs as Sam Phillips. “We have most of the cast coming back. Our Carl Perkins and our Jerry Lee Lewis are new.

“Our previous Jerry Lee Lewis has got the national tour. That’s why he can’t come in, but we have an amazing cast coming in.”

ATI will present “Million Dollar Quartet” from June 1 to June 17 at the Studio Theater in the Center for the Performing Arts in Carmel.

“Our sales are doing really well,” Farrell said. “We are well ahead of our typical sales. Obviously, I want to encourage people to get their tickets as soon as possible. It’s going to sell out. I know it will because it did before, and that’s one of the reasons we’re bringing it back.”

Gavin Rohrer will play Jerry Lee Lewis and Sean Riley will play Carl Perkins. Both have played in the musical in other productions.

Returning in the cast are Brandon Alstott as Johnny Cash; Adam Tran as Elvis Presley; Nathan Shew as Fluke; and Betsy Norton as Dyanne.

“‘It’s a Wonderful Life’ is nostalgic and sweet, and the other three shows are hysterically funny,” Farrell said.

Farrell said there is a possibility of additional shows.

“We have some big things planned for CarmelFest and the parade,” Farrell said. “There is so much synergy and momentum for ATI this year.”

Sip-N-Song on tap for June 5

The Sip-N-Song, an ATI fundraiser, is set from 6 to 9 p.m. June 5 at Peace Water Winery in Carmel. Donatello’s will provide appetizers. Tickets are $25 and are available on Eventbrite.

“The Sip-N-Song is going to be brand new for us to have right after opening,” Farrell said. “It’s a good opportunity to introduce them to the two new actors. It’s going to be a great opportunity for the cast and the audience who loved it so much the first time to be able to see the cast they saw the first time as well. This is our first time doing something like this tied in with the production. All these local businesses working together to support professional theater is marvelous.”

This three-hour, intense workshop, for ages 13-18, is a unique, hands-on training program for students wanting to learn the important aspects of working behind the curtain. The focus of the workshop will be on calling cues, setting props, running follow spot, quick changes, problem solving, backstage etiquette and the importance of communication and team work.

Workshop students will have the opportunity to attend technical rehearsals, final dress rehearsal and the June 2 performance of “Million Dollar Quartet.”

Cost for the workshop is $60. To register, visit atibusinessofbackstage.eventbrite.com