You are at:Home»Lifestyle»Health»Carmel doctor ditches insurance payments to stay in business

So the 60-year-old Carmel resident opted for a direct primary care business model. 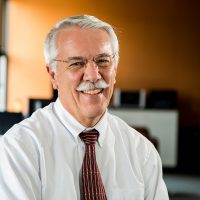 “What prompted us to go to this care is Medicare and insurance companies have continued to cut out reimbursements,” Brengle said. “The cuts became so dramatic that business projections I had done indicated we would not be able to keep our doors open from a financial standpoint. The expenses of the practice became more than the income of the practice. The ability to cut Medicare and insurance out of the practice and have the patients pay me directly allows me to maintain that independence. The other option would be to go to work for a hospital.”

Brengle said the model also allows him to spend time with each patient and discuss multiple problems in the same visit.

“This is in contrast to a hospital practice where patients are seen quickly,” Brengle said. “If you come in for a sore throat and you want to ask about your high blood pressure or diabetes (in a hospital practice), you are going to have to make an additional appointment for that. Appointments are hard to get. It sometimes takes a long time before you can see the doctor. That’s not the way I’ve practiced medicine the last 25 years.”

So, when Hoosier Family Health, which included Brengle, closed its north Indianapolis practice in the fall of 2017, Brengle opted to continue independently with Brengle Family Medicine. After seeing patients at the old practice location for a few months, he moved to new space at 8803 N. Meridian St. in north Indianapolis.

“We’ve been in the temporary space since December,” said Brengle, a 1975 Carmel High School graduate who was a high school science teacher before going to medical school.

The monthly membership fee is $135.

“It covers everything I do inside the four walls of the office,” Brengle said. “They can see me as often as they need to at no additional charge. There is an out-of-office number they can call that I answer. We have contact via email and an app connected to a smartphone or they contact me by text.”

Brengle said the reason he is in the practice is to maintain long-term, dedicated care to a variety of patients from infants to seniors.

Retirement was not a desired option.

“It’s a passion,” Brengle said. “It’s hard to imagine not having that in my life. If I’m healthy, I think I could practice 15 to 20 more years.”