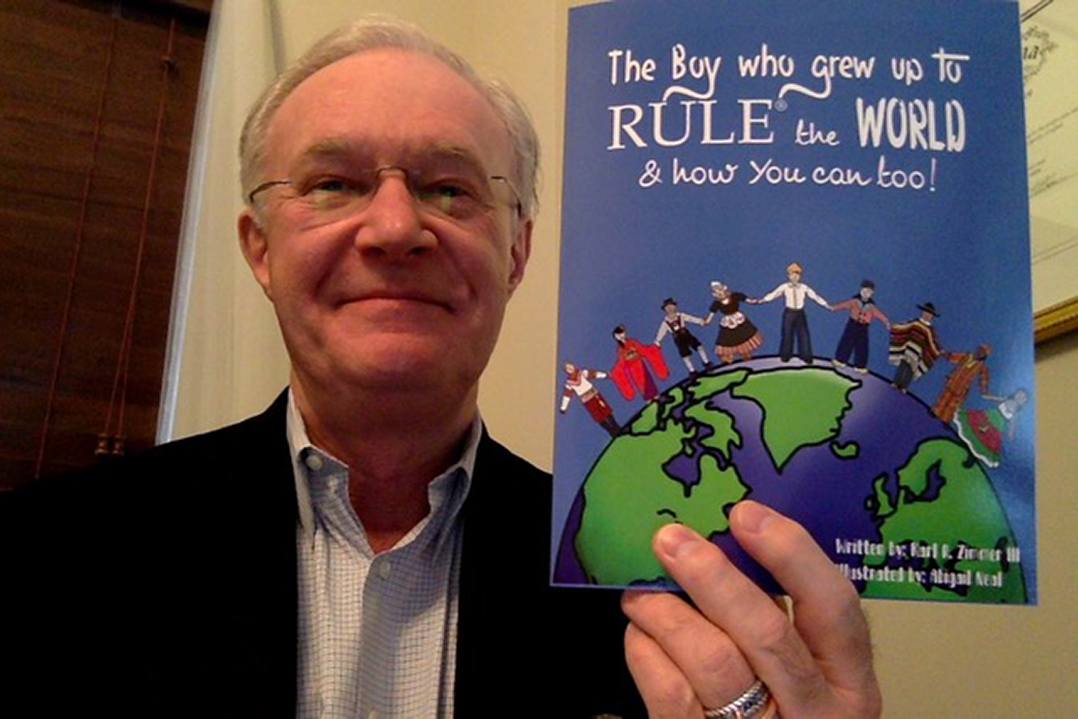 For Karl R. Zimmer III, his first book has been a work in progress for several years.

“I came up with the idea of RULE (Respect, Understand, Love & Enjoy) more than 20 years ago, while still working in the paper converting, packaging printing business,” Zimmer said. “Some experiences inspired me to share what I had learned, and I thought about writing a book. I began writing it more than 15 years ago, though the format was unclear.”

Zimmer, a former Current Publishing columnist who lives in Plainfield, released his book “The Boy Who Grew Up to RULE the World, and how You can too!” in 2017.

“Much of what is in the book is indeed an extension of and inspired by the work I do, and also of the personal development I went through during a difficult time in my life,” he said. “I felt it was important to share what I learned with others so they might benefit, and that remains one of the driving forces in my life.”

His tagline for the business has long been, “Changing lives and giving people hope,” which he said originally had to do with his hypnosis practice.

“Since I published the book, I have been concentrating on the speaking and writing to help people understand how their beliefs determine behavior and success or failure,” he said. “That motto or tagline is still relevant.”

His next book has the working title, “Four Simple Steps to Profit in Harmony” and is forthcoming. Zimmer said it will be an extension of his first book but with a focus on leadership and organizational success.

“I enjoy writing and I also enjoy speaking to groups to share what I’ve learned,” he said. “I believe we all have a story, and that sharing our stories is of benefit to others.”