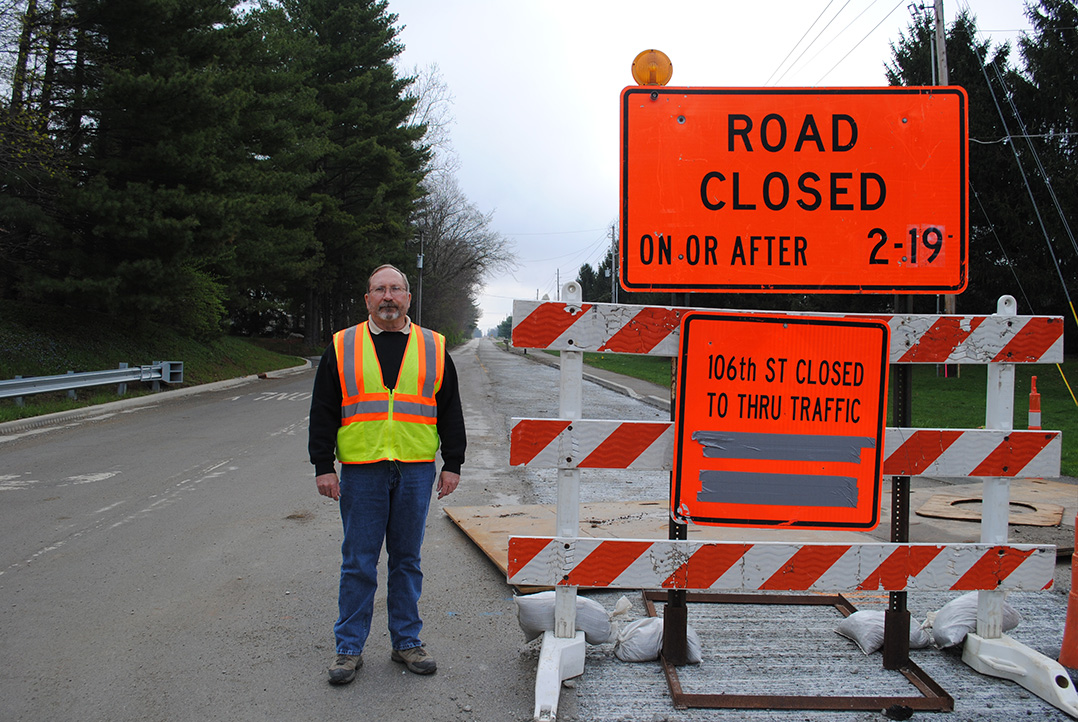 Residents can expect road closures and detours along 106th Street through October of this year because of the installation of a new force main for wastewater conveyance and roadway and drainage improvements.

Public Works Director Rick Farnham said 90 percent of the $12 million project is for sanitary sewer improvements, such as installing the force main. During construction to install the force main, the city also will be making drainage improvements and expand the roadway. Although 106th Street will remain one-lane in both directions, the lanes will be widened.

“It was a good way for us to leverage improvements since they ae tearing up the road,  anyway,” Farnham said. “Rather than make a patch, we are taking this opportunity to resurface the road on Eller, and 106th Street will be widened to 6 feet, and we will make some drainage improvements. There are a number of places where there is seepage out of the road that causes traffic issues. In the winter time, that water can freeze, so there are some improvements to be made in that regard.”

Only $1 million of the project is dedicated to that work, with the rest going toward the installation of a new force main.

In addition to the new force main, a $45 million capital improvement project will take place at the wastewater treatment plant at 10210 Eller Rd. in the next three to five years.

“Obviously, Fishers is growing and it needs to be able to have the capacity to convey wastewater to the treatment plant,” Farnham said. 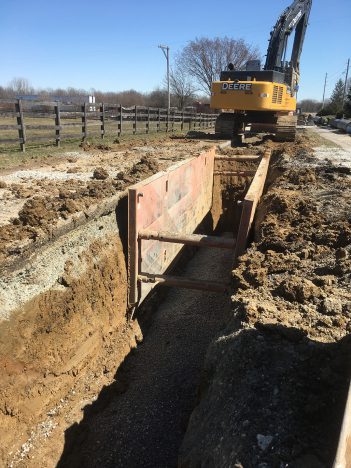 A new force main will be installed along 106th Street. (Submitted photo)

The $12 million force main project is the beginning of the $45 million capital improvement project. The treatment will need to be expanded to take in the extra wastewater.

Modifications will be made to the treatment plant to accommodate installation of the larger pipe. Lykins Contracting also will bore underneath Allisonville and Hague roads to keep the intersections open during construction.

“It’s more expensive, but that’s just part of having to work in an urban area,” Farnham said.

Farnham encourages residents to avoid 106th Street and Eller Road during construction. Most of the construction is linear along 106th Street, but the city cannot guarantee when road closures will be in place and can change daily.

“We are recommending that drivers don’t use Eller Road or 106th Street for through traffic,” Farnham said. “If there’s a better route, stay on that better route. Don’t take the chance because the road may be open farther than you thought or closed farther than you thought. We thank residents for their patience and cooperation with us and continue to encourage them to use alternate routes and not try to sneak through.”

Although the city is working to keep routes to local neighborhoods and businesses open, Tonya Eadler, owner of Camp Cheeney Creek, a pet boarding facility at 7055 E. 106th St., said her business has been affected by the loss of drive-by customers. Eadler said the majority of her business comes from cars driving by the location.

“They promised to always keep us open, but it has hurt my business to the extent that traffic is so bad,” Eadler said. “Construction has an affect on that. I feel like since Fishers is growing at such a rapid pace, I feel small businesses are pushed to the wayside. This is my livelihood.”

Camp Cheeney Creek can be accessed by Allisonville Road, although that might change as 106th Street construction progresses. Eadler reminds residents that her business is still open during construction. 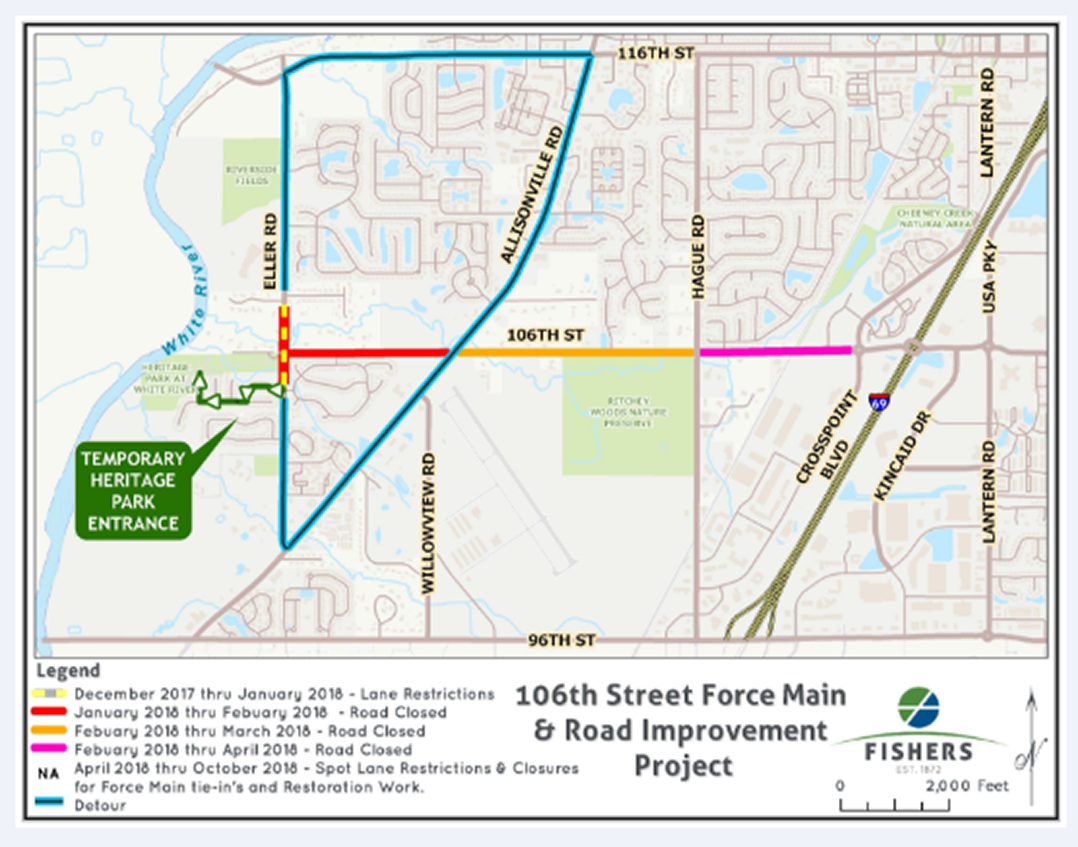 May-October: Spot closures and lane restrictions will be in place along Eller Road and 106th Street for work on the storm sewer, curb, fence, guard rail, paving and restoration

October: Project is expected to be complete and the temporary entrance to Heritage Park will be removed.