An Indianapolis man is facing multiple federal charges after allegedly organizing a fraud ring that targeted Kroger stores and using identity theft to attempt to purchase a Cadillac Escalade in Carmel. 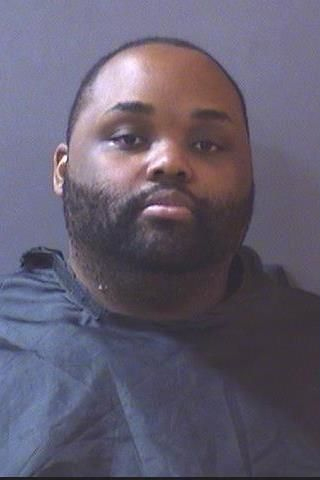 Investigators said Powell used fraudulent checks at Kroger stores in at least 12 states between January 2016 and April 2018. Many of the stores are in the Indianapolis area. The indictment states Powell and others involved in the fraud ring wrote more than 5,000 fraudulent checks using at least 30 individual and business names.

The FBI had been investigating Powell for the alleged fraud at Kroger when the Fishers Police Dept. arrested him April 4 during a traffic stop because he had an expired driver’s license and was suspected of credit card fraud at the Baymont Hotel in Fishers, according to a probable cause affidavit. Police discovered multiple JP Morgan Chase bank checks with various names and account numbers in the car, the affidavit states.

When Fishers police searched Powell’s hotel room, they discovered an Illinois driver’s license and bank account information that were associated with a victim of identity theft in Chicago, the affidavit states.

According to the affidavit, when the FBI contacted the victim he said he had been contacted by Carmel Motors about the use of his personal information in an attempt to purchase a Cadillac Escalade. Employees at Carmel Motors found inconsistencies in the online financing application, the affidavit states, and became further suspicious of Powell after they saw he did not look like the Facebook photo of the person he claimed to be.

“After realizing that the black male who came into the store to purchase the vehicle was not (the victim), they voiced their concerns with the individual,” the affidavit states. “The individual then responded by asking them to keep this between them and apparently offered a sectional sofa in exchange for not reporting the concerns to the police.”

Powell could face up to 30 years imprisonment on bank-related charges, up to 20 years on each wire fraud charge and a mandatory minimum of two years on the aggravated identity theft charge, if convicted.