You are at:Home»Current in Zionsville»Zionsville Community»Zionsville author to release third book for reluctant readers

Zionsville author Laura Martin is preparing to release her third book, with three more on the horizon. 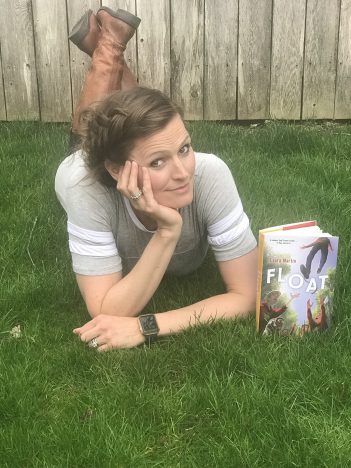 “Float,” which goes on sale May 29, was inspired by stories from Martin’s father, whose pranks and adventures were woven into her character’s experiences.

The story follows kids with superpowers spending a summer at camp, including Emerson, who has the ability to float but wears weighted shoes to stay on the ground.

“He has this superpower, but it’s almost a disability,” said Martin, noting that Emerson learns that he needs to step outside of his comfort zone to appreciate life.

“We were raised that way,” Martin said. “You go outside your comfort zone, and that’s where the adventures happen.”

Martin wanted to write about her father’s stories, like setting a lake on fire and lassoing a pig. “Float” gave her the opportunity.

“I always knew in the back of my mind that I wanted to use his stories somewhere,” Martin said.

“Float” is the first book that Martin wrote and the third one that’s been published. She recently completed “Hoax for Hire” about Bigfoot and other mysterious creatures and has been asked by her publisher to write two more.

“It’s exciting and also terrifying because I don’t have these books written,” she said.

Martin’s other books were partially or fully complete when her “Edge of Extinction” series was first published.

For inspiration, she plans to explore “what if” ideas that she collects.

“You have these wonderful ideas all day long but our brain can’t process them,” Martin said.

A summer camp-themed release party will be at Hussey-Mayfield Memorial Public Library May 31 with s’mores and a book signing.