You are at:Home»Current in Zionsville»Zionsville Business Local»Zionsville Olive Tap to open on Pine Street in late June 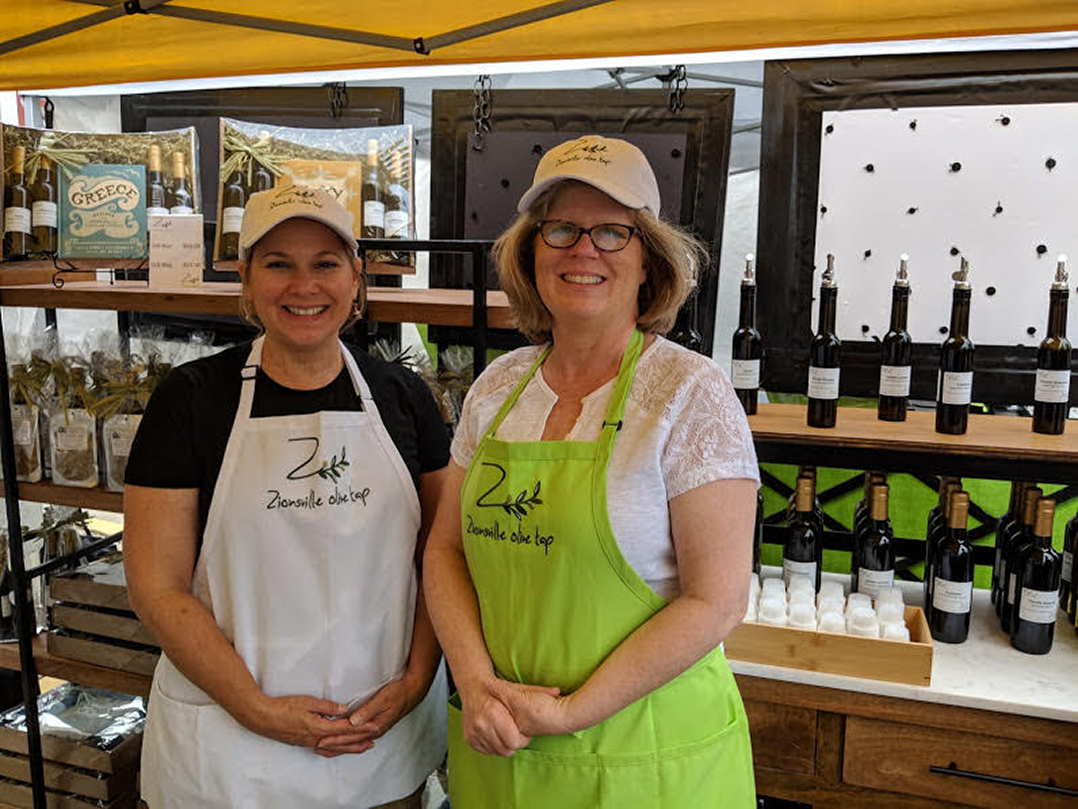 Seeing oil and vinegar specialty shops in other Midwest towns, Angie McCloskey and Julie Wooldridge decided to bring the concept to Zionsville for a first-of-its-kind shop.

“I fell in love with the idea of a balsamic oil and vinegar bar,” McCloskey said.

The two initially met in high school and reconnected when they both moved to Zionsville. Both were interested in creating an oil and vinegar tasting shop but it wasn’t until they visited a similar store in Milwaukee last year that they decided it would be successful in Zionsville.

Zionsville Olive Tap is expected to open at 31 East Pine Street in late June. In the meantime, the co-owners will have the product available at the Whitestown Farmers’ Market. They are utilizing a distributor for the infused oils and vinegars and will hand-bottle the product in the store.

Blood orange olive oil, cayenne oil and peach white balsamic vinegar are among the 40 different types they plan to offer, with seasonal product changes. Varieties come from Italy, Greece, Spain and California. They’ll also sell packaged spices to be paired with oils and vinegars to make dip, pesto or salad dressing along with other recipes.

“We really like the health aspect,” said McCloskey, who enjoys mixing flavored balsamic vinegar with club soda to make a flavored spritzer.

Woolridge and McCloskey made their debut at the Brick Street Market, where they received a positive response.

“Everyone is excited about us coming to the village,” McCloskey said.

The co-owners will share details about the opening date and events on the Zionsville Olive Tap Facebook page.

The Pine Street location was previously half of the shop occupied by Blooms and Linen with a designated entrance and window.

“We’re going to start there. We hope to grow,” Wooldridge said.