You are at:Home»Current in Zionsville»Zionsville Business Local»WorkHere receives Innovation of the Year Mira award 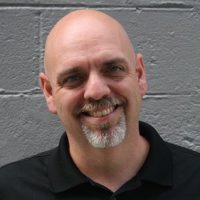 WorkHere received the Innovation of the Year award for its app linking job seekers with hiring companies.

“The thing that won the award for us was that we put human beings back into the whole process,” said Mike Seidle, WorkHere co-founder and COO.

The app initially was a passive way for people to find nearby jobs. The app utilizes some automatic responses but developers soon discovered robots couldn’t narrow down available jobs that fit job seekers’ desires. Community coaches, who are 13 employees at the company, now personally help individuals find the right job.

“We found that that was just too complicated a problem for a bot, so we focused on building a team of people that could handle that,” Seidle said. “The big innovation was kind of backwards. It was adding people back into the mix. We tied together the whole idea of helping people find jobs close to home or for employers finding people close to work so they turn over less.”

The concept for WorkHere came to the co-founders in their previous jobs when they discovered that 80 percent of one company’s employees who lived within 2 miles stayed with that company for five years or more.

The WorkHere app was built in Zionsville, but the company moved to Carmel after outgrowing the zWORKS coworking space.

The app was launched for the public in April 2016. An app for employers launched a year later. They charge no fees to job seekers and focux on employers such as FedEx and Crew Carwash.

More than 200 applications were submitted for the 2018 Mira Awards. The field was narrowed to 13 award winners selected by independent judges.