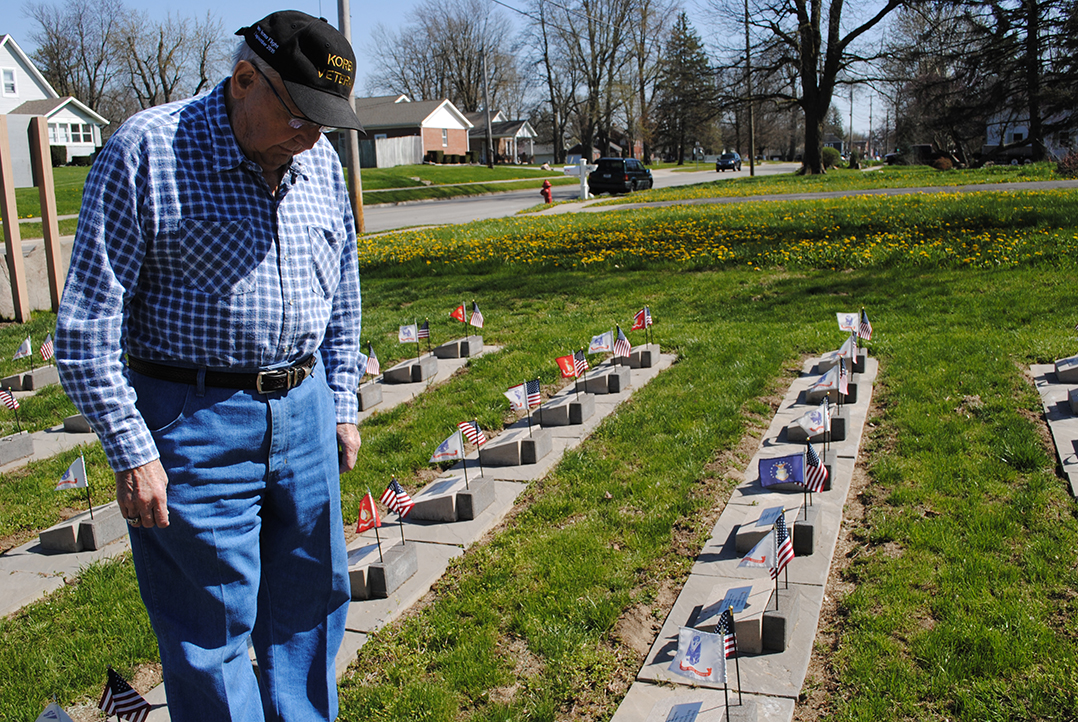 Don Day remembers those who died in battle. A cemetery on Union Street in Westfield features markers with the names of Hoosiers who died during active duty. (Photos by Anna Skinner)

Tori Waters is the first to admit that prior to becoming a military wife, she didn’t understand the significance of Memorial Day. Now, she realizes the day’s true meaning.

Waters, a 2013 Westfield High School graduate, is married to Blake Waters, also a 2013 WHS grad and member of the U.S. Air Force. Blake is on deployment, so Waters will celebrate Memorial Day without her husband. 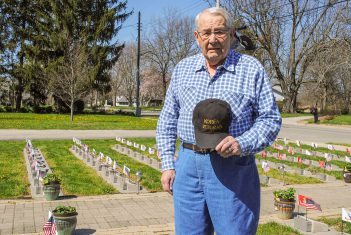 Don Day remembers those who died in battle. A cemetery on Union Street in Westfield features markers with the names of Hoosiers who died during active duty. (Photo by Anna Skinner)

“I’ll be the one to admit I didn’t really think about Memorial Day as much as I should have when I wasn’t in the position I am now,” she said. “But being in the position I am in now, this needs to be so much more understood. It’s a holiday that kind of gets looked past, and that’s really not OK.”

Waters lives near the Cannon Air Force Base in New Mexico.

In addition to marrying an active duty airman, Waters said another event has sharpened her understanding of Memorial Day. A little more than a year ago, a plane crashed during a training exercise at the base, killing the three airmen inside.

“What really changed my perspective was that plane crash and seeing everything unfold before Memorial Day (last year),” Waters said. “The same plane that crashed is the same plane Blake flies on. This day has a whole new meaning for me after being through all of that.”

Don Day, a 1946 WHS grad, was drafted into the U.S. Army in January 1951 and served until December 1952. He remembers coming home from serving and celebrating Memorial Day with the local American Legion. 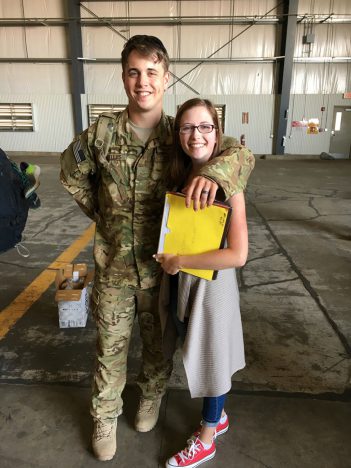 “I don’t know how we can get (the younger) generations to be more interested in it,” said Day, a member of the American Legion Post 318. “I encourage them not to lose the true meaning of it.”

Although Waters will celebrate the day without her husband at home, she plans to meet up with some of the other military wives that day.

“Personally, I am planning on spending that day with my military wife friends, and we talked about going to the base,” she said. “Since we are more of a military community, there’s more that goes on that weekend and more coming together and actually remembering those who died.”

The fifth annual Grand Run, which features a kids’ run, a 5K, a 10K and a half marathon, will take place on Memorial Day, May 28. Participants will run through Grand Park trails and around fields. Half marathon participants also will run a portion of the Monon Trail and through Asa Bales Park. A Memorial Day ceremony will take place prior to the run with a speaker from the Hoosier Veterans Association Foundation and a national anthem performance. For more, visit westfieldwelcome.com.