You are at:Home»Lifestyle»Travel»Column: Devin Castle and the Maiden Tower 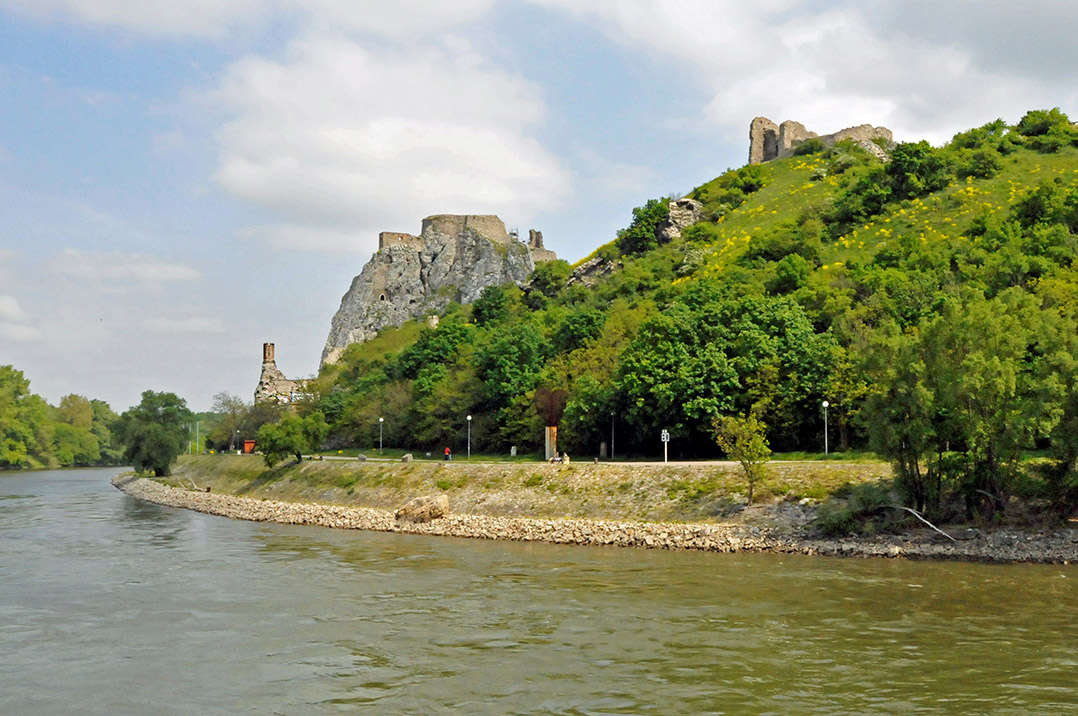 Devin Castle, a few miles from Bratislava, Slovakia, provides a spectacular view of the Danube River Valley. Its popularity is enhanced by a romantic legend about an ancient tower.

In the first century, the Danube River formed part of the northern border of the Roman Empire. To keep watch on the Germanic tribes across the river, the Romans built a tower atop a 650-foot cliff above where the Morava River flows into the Danube. In the ninth century, the Great Moravia, formed by uniting Slavonic tribes, built a castle on the site to protect its western border from the Germanic tribes that had overrun the Roman Empire. In the 13th century, the Kingdom of Hungary, which had taken over the territory of Great Moravia, expanded the castle to protect its western border from what was becoming known as Germany. Additional stone buildings, including a palace, were erected on the site, and the complex became known as Devin Castle. In 1809, after defeating Austrian forces in the nearby Battle of Wagram, Napoleon ordered the destruction of Devin Castle as a part of his strategy of neutralizing potential threats. During the Cold War era, the area surrounding Devin Castle was lined with barbed wire to prevent residents of Czechoslovakia from escaping to Austria.

An octagonal tower, perched on a rock below Devin Castle, is named Maiden Tower after a story about an unnamed king who held his virgin daughter in the tower to separate her from her lover. Despondent, she leapt from the tower to her death. The Maiden Tower is an important symbol of Slovakian heritage and was featured on Slovak coins until Slovakia adopted the euro. The ruins of Devin Castle and Maiden Tower, with their network of intersecting walkways, are among the most popular and most photographed sites in Slovakia.