You are at:Home»Current in Zionsville»Zionsville Community»Local police to fundraise for Special Olympics from donut shop rooftops

Cops and donut shops may be cliché, but next week they will partner to benefit the 14,000 Special Olympics athletes in Indiana. 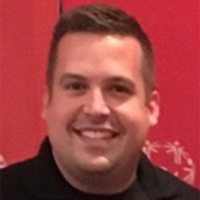 Cop on a Rooftop will take place from 6 a.m. to noon May 18 at Dunkin’ Donuts, 6842 Whitestown Pkwy. They will join others across the state to raise awareness and funds for the Law Enforcement Torch Run benefiting Special Olympics Indiana. Nationally, the event supports Special Olympics programs across the nation.

This is the first year that Indiana police departments will participate. Officers from Indianapolis, Carmel, Westfield, Fort Wayne, Schererville and Terre Haute will be on the rooftops of eight Dunkin’ Donuts across the state to support the cause. Illinois has the largest participation in the event, with more than 100 locations.

“The goal is to raise enough money to get the officers to climb down off the roof,” Chapman said.

“I encourage people to stop by, meet an athlete and have a donut,” Chapman said.

Chapman said people can be the office hero by picking up a dozen donuts and donating to the event on their way to work.