You are at:Home»Current in Carmel»Carmel Community»Carmel High School football players make most of Italy trip 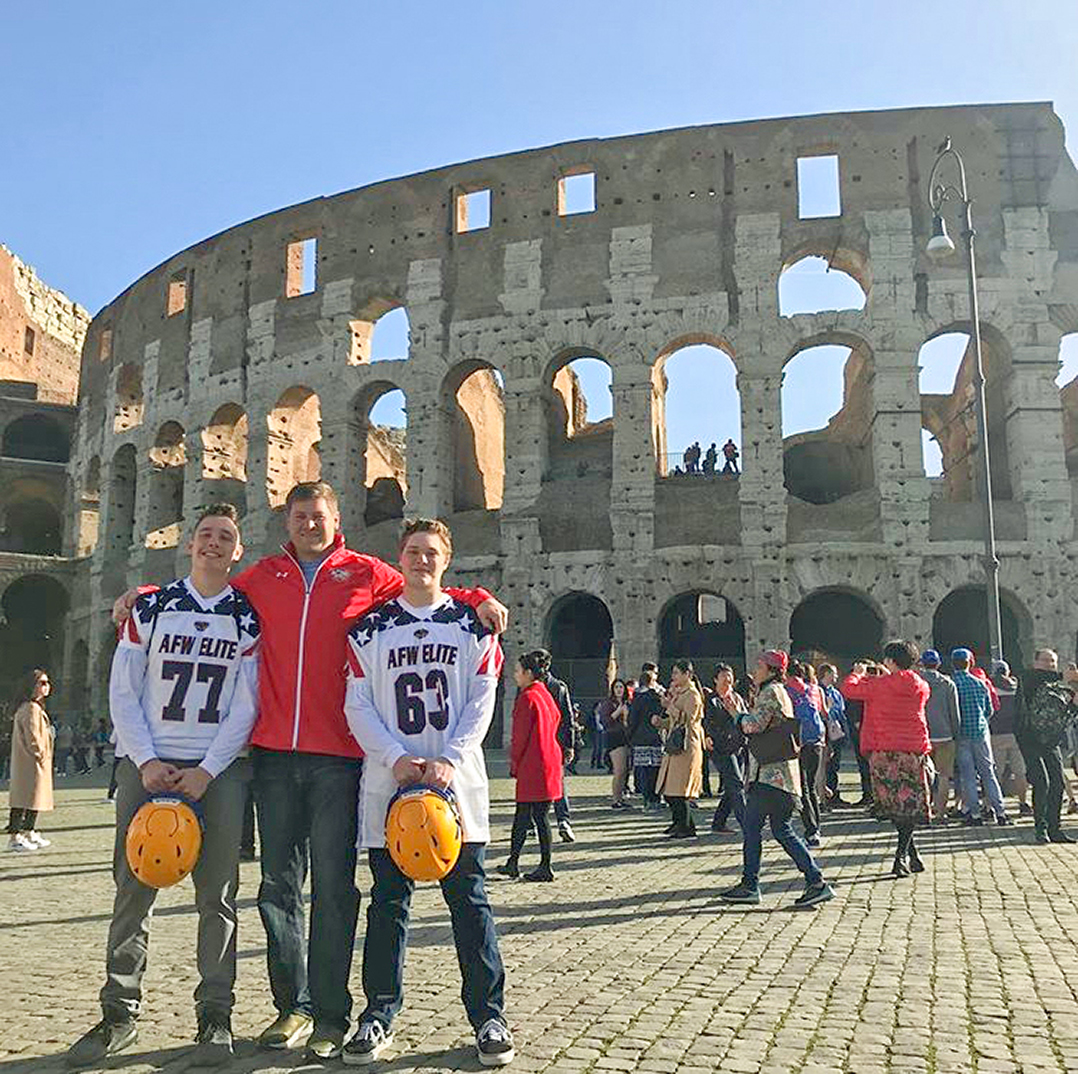 The mission was to play a football game.

For Carmel High School’s Vance Roudebush, it was so much more. Roudebush and fellow senior Jonathan VanZetta traveled to Italy as part of the America Football Worldwide Elite U19 Team.

They represented the U.S. as ambassadors of the sport and were on the U.S. team, which defeated the Italian U19 National Team 28-7 April 7 in Varese, east of Milan. It was the Americans’ fourth consecutive victory against the Italian team. Roudebush and VanZetta were the only players from Indiana.

“For me, the best part of my experience would have to be trying all the foreign foods and discovering a new culture that we don’t get to experience in America,” Roudebush said. “I loved seeing all of the old architecture because it brings the textbooks to life and it makes you feel like you were back in time.”

VanZetta, an offensive lineman, said the best part of the experience was talking to players on the Italian team.

“And really seeing how much they loved playing the sport,” VanZetta said.

Following practices, there were educational and sight-seeing trips each day.

Among the sites they visited were the Roman Colosseum and Forum, Vatican City and St. Peter’s Basilica.

“I really enjoyed when we stopped in Siena. The entire city was beautiful. It was amazing views, no matter where you were,” VanZetta said.

Roudebush, a defensive end who plans to play at Wabash College, was glad he could share the experience with his high school teammate.

“We had a blast. It was so much fun meeting new people and experiencing a new culture with him,” Roudebush said.

Roudebush said there were definitely some differences in how the game was played, as the Italians are still learning the game.

“The caliber of play was slower than what I was used to, but that didn’t stop me from playing the Carmel way,” said Roudebush, who delivered a big tackle for a loss in the game.