Westfield resident Ken Alexander doesn’t think of himself as a politician.

“I am not a person who is a politician,” he said. “My message was about collaboration and bringing stability back into government – that’s not going to change. That’s a moderate position in a very conservative district, but I believe that message resonates with people across the system.” 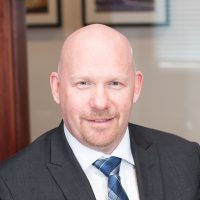 Alexander won the Republican nomination for the Hamilton County Council District 4 seat in May 8’s primary election. Alexander earned 2,852 votes, or 34.79 percent. His closest competitor was Christine Pauly with 2,468 votes, or 30.11 percent.

Alexander thanked his opponents for the time they invested in the race.

“The District 4 race, I felt, was a fair one, and one that was clean of a lot of nastiness we saw going on in other parts of the county, and I think that’s what our voters want,” Alexander said. “I am proud of the race we ran, but most importantly, I’m also proud of the effort (my opponents) put in as well.”

As for what’s next, Alexander said he’s going to return his focus to work at CTI Construction in Carmel and then prepare for the November election, where he’ll face Democrat William L. Howard II, who ran unopposed in the Democratic primary.

“I will look at November as another challenge and hurdle I need to cross and get to the next step,” he said. “It’s not something I’m going to overlook, and I’m looking forward to presenting my message to Hamilton County. Over the next many months, I will be reaching out to different department heads in the county and talking to them about what their needs are and where they are.”

Other Westfield names winning in the primary include incumbent Danielle Carey Tolan as Westfield Washington Township trustee. Carey Tolan received 2,305 votes, or 55.61 percent, over Marla Ailor, who received 1,840 votes, or 44.39 percent. There were no Democratic candidates in that race.

“I am thrilled with the election results last evening,” Carey Tolan said. “We worked extremely hard to inform voters on our accomplishments and our vision for the future. I want to thank my opponent, Marla Ailor, for running a great campaign, and I look forward to the general election in November.”

Republicans Erica Strahm, David Gill and Danyele Easterhaus won spots in their primary for Washington Township Board. Democrat Shelly Brown, also vying for a seat on the township board, ran unopposed in her primary. The three seats will be chosen in November.