You are at:Home»Current in Carmel»Carmel Community»Carmel mom travels to Washington, D.C. to advocate for world’s poor

Carmel resident Mary-Barbara Marti recently traveled to Washington, D.C. with the ONE campaign to meet with U.S. Sen. Todd Young and discuss how to end extreme global poverty. ONE is a campaigning and advocacy group created by Bono from U2 aimed at ending world poverty. 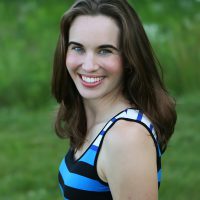 “It breaks my heart that kids born into extreme poverty in Africa have so many obstacles,” Marti said. “I started to ask myself what it would look like if I decided to help Africa. What if I, as a stay-at-home mom in Carmel, did something to help?”

She decided to donate to international charities, got involved with outreach at her church and joined ONE in 2011.

“The motto is ‘Out of Many We Are One,’” Marti said. “It just made me feel that even though I might be just one person that I could be part of a bigger movement of people who are working together to help solve these other problems.”

Marti transitioned from working online in her home to delivering petitions to local lawmakers and calling local representatives. Because of her tireless work, she was one of four people chosen from Indiana to travel to Washington to meet with Young.

“The first ask was for the fiscal year 2019 to fully fund the state and foreign operations bill,” Marti said. “There is a new act that is supposed to come out called the Build Act. We asked Sen. Young to co-sponsor the bill.”

Young had some follow up questions but was responsive to the group’s mission.

“It’s really been empowering and really great to get a closer look at how our government works,” Marti said. “It’s really fun to be part of the conversation and have a seat at the table on behalf of the world’s poorest people who don’t have a voice.”