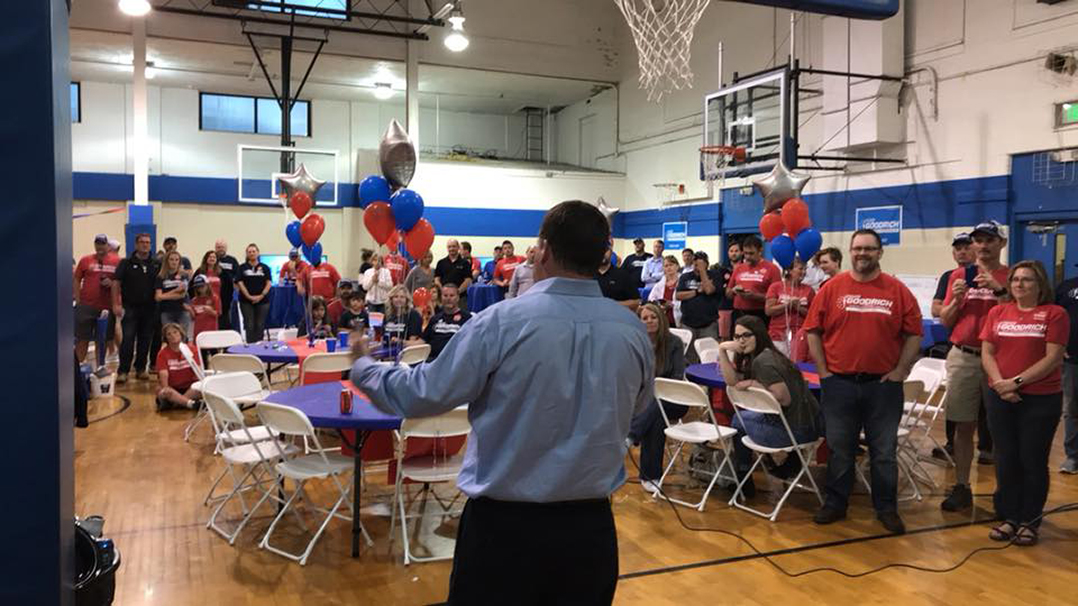 Chuck Goodrich addresses supporters at the end of election night, May 8, in downtown Noblesville at the former Boys & Girls Club at 1448 Conner St. (Submitted photo)

Districts 29’s State Rep. Republican nominee Chuck Goodrich was quick to give credit after a successful campaign at the end of election night, May 8.

“We did it! Believe me, when I say we, I mean we,” he said, addressing his supporters in downtown Noblesville at the former home of the Boys & Girls Club at 1448 Conner St. 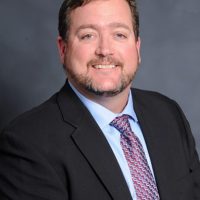 Competing against three other Republicans for the nomination, Greg O’Connor, Brad Beaver and Garen Bragg, Goodrich won the Republican nomination with 46.72 percent of the vote, receiving 3,748 votes in all. O’Connor received the second most votes at 1,916 (23.68 percent), followed by Beaver, who earned 1,614 votes (20.12 percent), and Bragg, who earned 745 votes (9.29 percent).

“Thank you to everyone (who) gave their time and unwavering support,” Goodrich said to supporters. “You are the greatest example of why I chose a People First platform … I also want to extend my thanks to the other candidates for conducting their campaign in such a way that our primary was virtually conflict free. It is a testament to their admiration (of) our district.”

Goodrich is the president and CEO of Gaylor Electric in Noblesville. He is married to Tricia and has four children, Kaitlyn, Kole, Kylie and Karson.