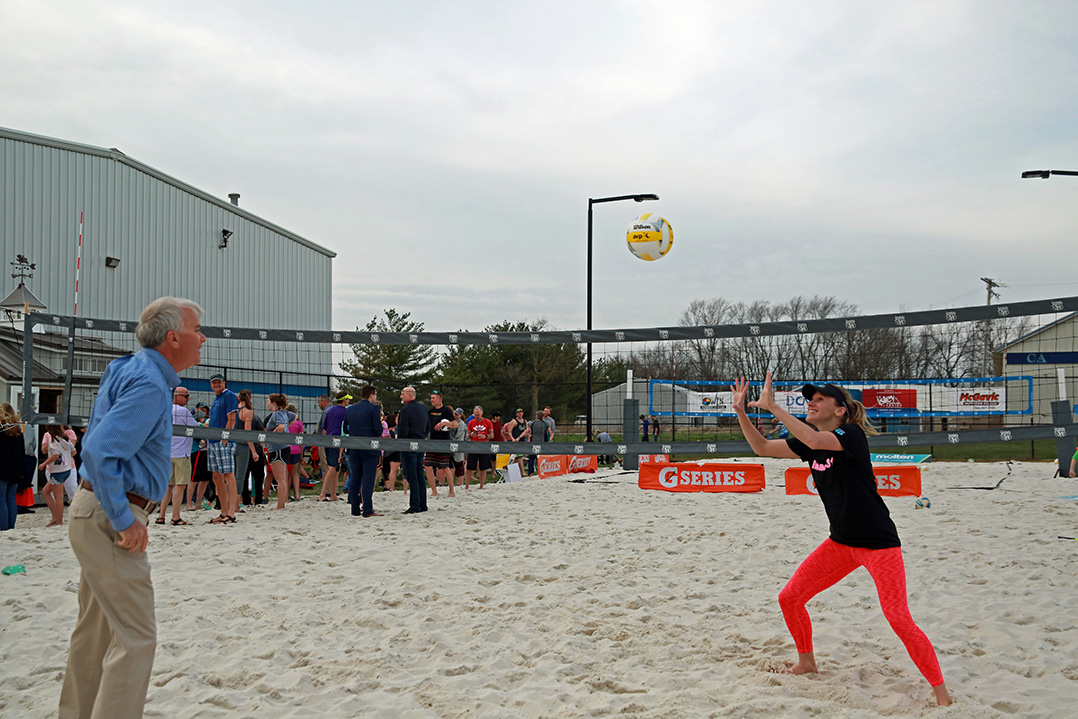 Mayor Andy Cook often says the City of Westfield doesn’t have oceans or mountains to attract citizens Yet, the city has added sand volleyball courts to its list of amenities.

Feet in the sand

Next year, the facility has plans to host AVPFirst and AVPNext tournaments, which would bring competitors from the professional beach volleyball network and potentially hundreds of viewers to the city. But Conner said the goal of iBeach31 goes deeper than bringing the pros to Westfield.

“The misconception is people feel you have to be an elite player, but a majority of our business is run off of recreation and social play,” Conner said. “It’s really just to pull the community together to be active, get their feet in the sand and have fun.”

There are a few other sand courts in central Indiana, but Conner said iBeach31 is the only full-service venue providing recreational and social play as well as youth clinics and camps. The facility opened April 13, and Conner said 100 kids are already signed up for summer youth camps. 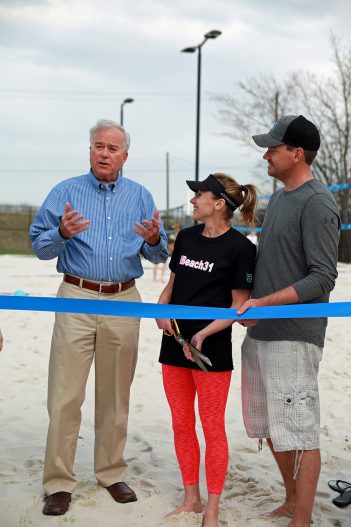 From left, Mayor Andy Cook, Katie Conner and Bart Conner prepare to cut the ribbon at the grand-opening ceremony for iBeach31.

The Business of Sports

iBeach31 is not the first private-sector, sports-related business to seek out Westfield as its home. Pro X Athlete Development will soon break ground on a multi-million-dollar sports facility near Grand Park. No tax abatements were offered to either development, and Cook said he wants to attract the private-sector sports industry through creating a culture at Grand Park.

Cook also applauded Conner on her creative use of space with six outdoor courts.

“(iBeach31) is economic development, but it’s also spurring creativity,” Cook said. “These are the kinds of things that will help people come here, keep them here and spend dollars here. She’s creative with not only the space, but the kinds of offering she has.”

Cook knows those offerings not only service local youth in the community but also could attract tournaments that would in turn bring more visitors to the city.

“Their business model could expand to not only serve local citizens, but with proper facilities and promotion, who knows, we may have some traveling volleyball tournaments,” Cook said. “We already have the hospitality infrastructure in place to serve such.”

“This is a new, really neat sport that everyone can play. My goal is to really make it a community-type of atmosphere,” she said.

Other beach sports, like beach soccer and Frisbee, also will be offered.