You are at:Home»Lifestyle»Travel»Column: A Nice place to visit 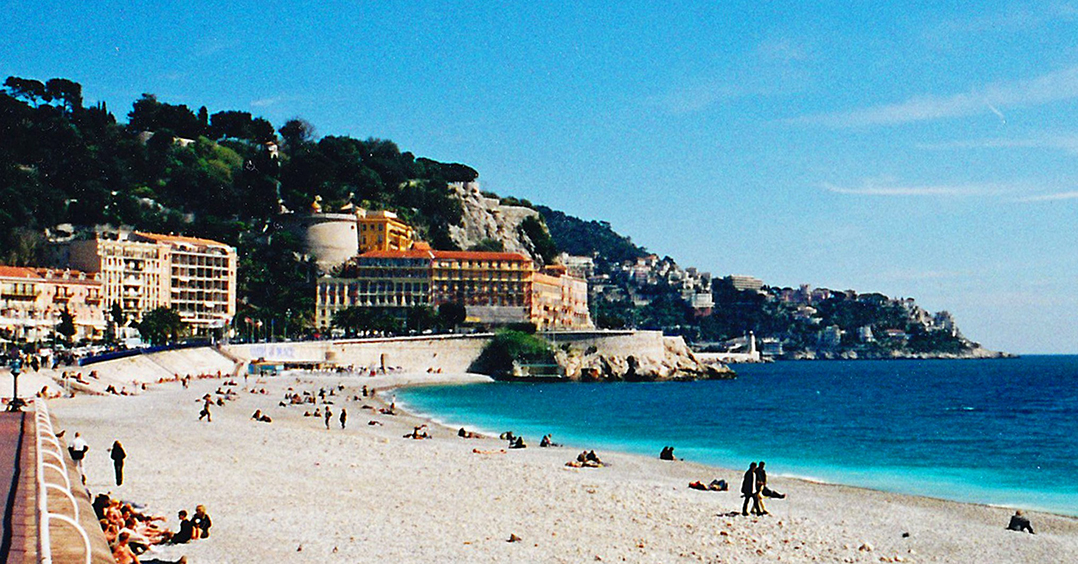 Along the Bay of Angels in Nice, France (Photo by Don Knebel)

Each year, 5 million people visit Nice, located at the southeastern corner of France, to enjoy a picturesque stretch of the Mediterranean coastline. The area’s popularity goes back 200,000 years.

The Greeks founded Nice as a port city along what is now known as the Côte d’Azur (Sky Blue Coast) in the fourth century B.C. They named the city after Nike, the goddess of victory. By the middle ages, Nice had become an important independent city, with many of its residents speaking Italian. In the late 18th century, Mont Boron, a hill overlooking the Bay of Angels on Nice’s southeastern end, was a favorite winter haven for British aristocrats, who enjoyed the mild weather and spectacular views. In 1820, reportedly to keep the locals employed during an economic turndown, the English visitors, with financial support from Nice’s Anglican Church, initiated construction of a walkway along the shore of the Bay of Angels. The walkway, named the Promenade des Anglais (Walkway of the English), now extends from the Nice airport to the famous Cadran Solaire, a sundial where people standing on it become the shadow-casting gnomon.

In 1966, during construction near the base of Mont Boron, archaeologists discovered a site they called Terra Amata. Excavation revealed that humans had occupied the site, once adjacent the coast, no later than 200,000 B.C. and had used fire in their beachside huts, one of the earliest examples of the domestication of fire in Europe. A small museum above the site displays items from Terra Amata, including simple tools made from beach stones.

Nice officially became part of France in 1860 and today, with a population of about 350,000, is the country’s fifth-largest city. As the unofficial capital of the Côte d’Azur, Nice is the gateway to the fashionable resort destinations of Antibes, Cannes, Saint-Tropez and Monaco.