You are at:Home»Current in Zionsville»Zionsville Community»CruZionsville to celebrate 70 years of Porsche 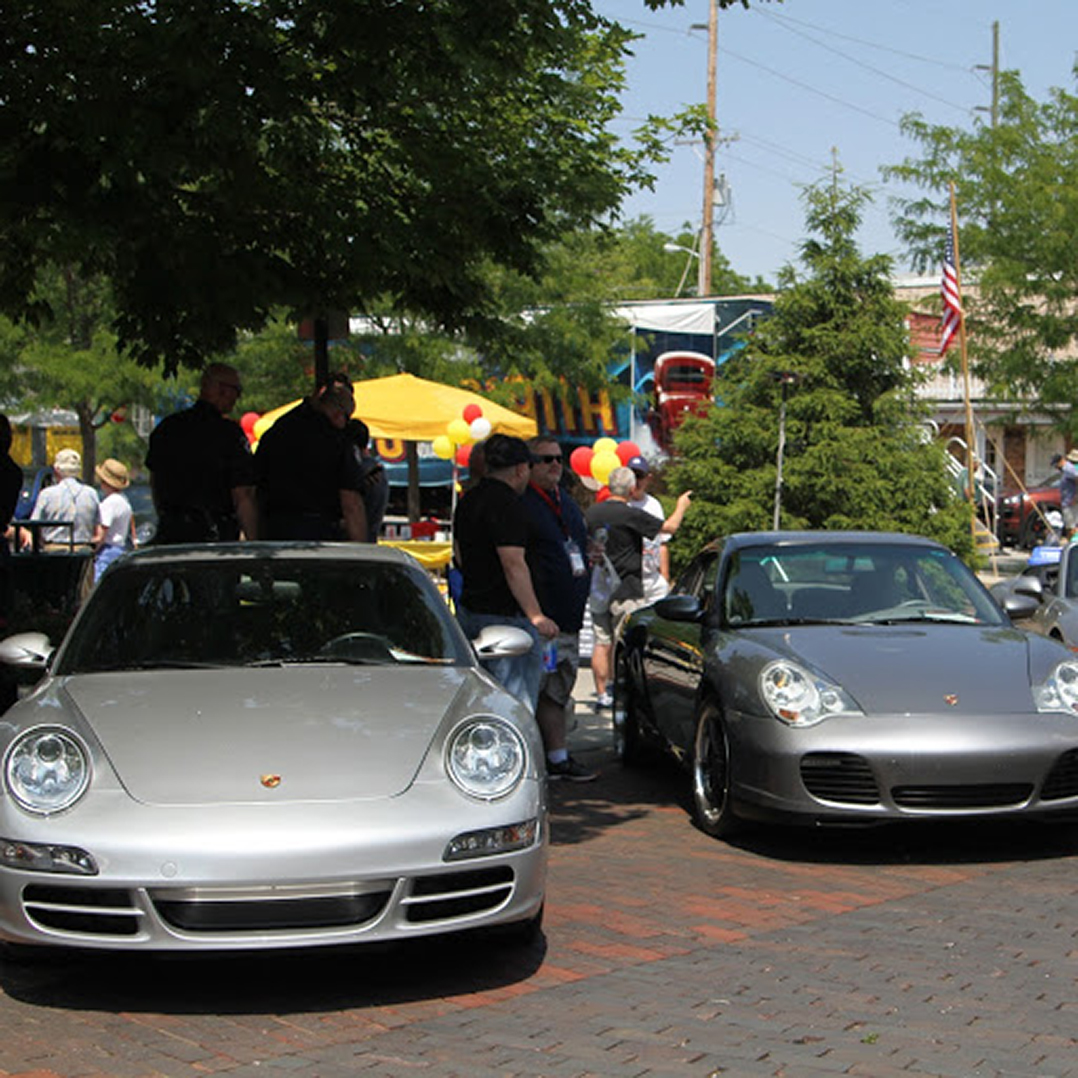 CruZionsville returns to Main Street June 2 to celebrate the 70th anniversary of Porsche. Special anniversary cars will be on display and a celebratory cake will be served during the festivities.

The event is primarily a fundraiser for Alzheimer’s research and is expected to surpass $100,000 in donations this year.

“It’s a good milestone,” said Steve Tarr, who has organized the event since its inception eight years ago. “Many have been touched by (Alzheimer’s). It’s debilitating, it’s devastating.”

One element that is important to Tarr is the community’s involvement.

“It’s not just a bunch of cars in a parking lot,” he said. “The volunteers in the community who just care about the cause, that’s what’s so important here is we are trying to help solve this terrible disease.”

Funds raised go to the Greater Indiana Chapter of the Alzheimer’s Association focusing on research.

“This is a happy way to bring light to something that can be difficult,” Tarr said.

CruZionsville is the largest gathering of Porsche vehicles in the state. Approximately 100 cars are expected to be displayed, but miniature versions can be driven around a track on West Pine Street in a Grand Prix race. The racing event was introduced last year, allowing visitors of all ages to operate radio-controlled cars. The winner of the Grand Prix will receive a trophy.

Ten other trophies are awarded to vehicle owners based on the quality of the automobiles, but Tarr noted it is a “shine and show” event.

“This is not a concours event,” he said, where prestigious vehicles are displayed and judged.

An additional competition, the food-eating challenge, has pitted three-person teams against one another during the day, thanks to food donated by local restaurants.

Details about the day are available at cruzionsville.com.