Carmel resident Michelle Qureshi is making her mark in the world of new age music.

Qureshi’s “Seventh Wave” is one of five nominated for an award in the Best Contemporary Instrumental Album for the 14th Annual ZMR Music Awards. 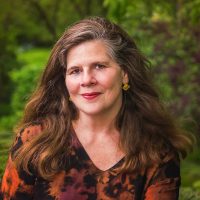 Zone Music Reporter is recognized as the industry source for new age, world, ambient, electronic and instrumental music news. The winners will be announced May 12 at a gala award concert in New Orleans.

“They are basically the Billboard charts for our genre,” Qureshi said. “There is a network throughout the world. There are stations that play this kind of music, Zone Music Reporter keeps track of who plays it and how often. That gives it its weight, not its sales. It’s my first time to be on their (ZMR’s) radar. It’s exciting. I work isolated here in Carmel as a soloist, so to put (recording) in my home studio and have it reaching like it is is special.”

Her 2016 album, “Scattering Stars,” won a Best Ambient Album Award from One World Music Radio in 2017.

“What is great about social media is you can find people all over the world who are looking forward to what you have released,” Qureshi said. “There are people that would love for you to come and play where they live.”

“Once or twice a month I play at Saxony Hospital in Fishers to keep the stress level down,” she said. “It’s calming music.”

Qureshi said she has been performing for several years. She has eight albums. Her first release was in 2012.

“I was a stay-at-home mom and started writing music,” she said. “Then I realized to get the music heard I had to get out and perform it.”

Qureshi taught herself to play guitar as a teenager.

“I emerged as a composer in the last several years and became a multi-instrumentalist,” Qureshi said.

Qureshi and her husband, Anwar, have a daughter, Layla, a Carmel High School sophomore.

Qureshi’s albums are available on Amazon.com. For more, visit michellequreshi.com