You are at:Home»Current in Carmel»Carmel Community»Carlson, Brokovich announced as speakers at Indiana Conference for Women

The Indiana Conference for Women has announced two of its three keynote speakers as well as the co-chairs for the Nov. 8 conference at the JW Marriot in Indianapolis.

Joyce Rogers, vice president of development, diversity, equity and multicultural affairs at Indiana University, and Dr. Sue Ellspermann, president of Ivy Tech, will be the 2018 co-chairs.

Gretchen Carlson will be the opening keynote speaker during the one-day conference. She is an author and TV news correspondent who was the first of many women to accuse former Fox News chairman and CEO Roger Ailes of sexual harassment.

Environmental activist and legal clerk Erin Brokovich will be the closing keynote speaker. One more keynote speaker will be announced later this month. 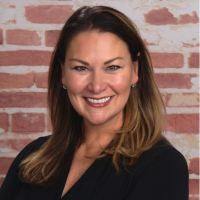 “(Brokovich’s) foundation has worked feverishly to help people in Johnson County that believe there’s a cancer cluster there,” said Marie Davis, executive director of the conference and Carmel resident. “She has been pivotal in helping Hoosiers, and I don’t know that everyone knows that.”

Davis became the first executive director in January because of the conference’s new designation as a nonprofit and its need for administrative leadership. Previously, she served as the director of communications strategy for Lt. Gov. Suzanne Crouch. Davis also is a former business owner.

Indiana Conference for Women is in its eighth year. Davis said its purpose is to allow women from all professions at all stages of their careers to be in fellowship at the event and be inspired by women they wouldn’t normally be able to meet.