You are at:Home»Current in Carmel»Carmel Community»Carmel’s new luxury hotel will be part of Marriott’s Autograph Collection 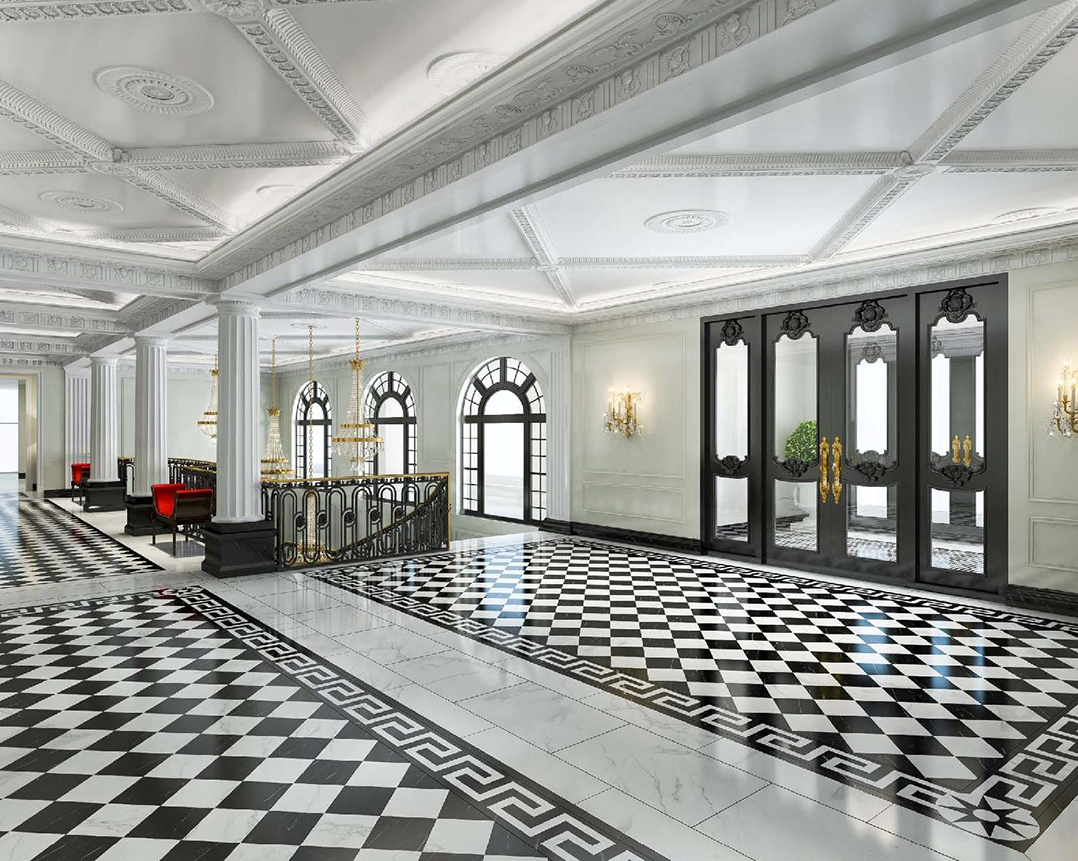 A rendering of the lobby in the Hotel Carmichael. (Submitted photo)

For nearly a decade, Carmel Mayor Jim Brainard has talked about bringing a luxury hotel to Carmel’s city center area.

He said he wanted a boutique hotel, something original and not a cookie-cutter chain.

But he said the challenge was that most travelers look for well-known chains when booking rooms. It’s how they earn points and get discounts. Plus, travelers are often loyal to particular brands since they know what to expect.

For that reason, Brainard zeroed in on the Autograph Collection brand by Marriott Hotels. Each of its luxury hotels are independently owned and many are in historic buildings that retain their original character.

“It’s the best of both worlds,” Brainard said. “You get the reservation system and the marketing power of Marriott, but you also get a truly unique building.”

The City of Carmel ramped up its efforts about a year ago to attract a luxury chain. The city hired Oklahoma-based Coury Hospitality at $20,000 a month to consult on landing a four-star hotel. The Carmel City Council approved $18 million in bonds in September 2017 to launch a public-private partnership with developer Pedcor to get the $40 million hotel off the ground. The name was announced as the Hotel Carmichael. Architectural designs were released in January.

But now, Brainard believes he has the final piece of the puzzle. He was excited to announce that a franchise agreement has been reached, and now Carmel’s new luxury hotel will indeed be part of the Autograph Collections brand.

“It’s going to be a beautiful hotel,” he said. “And it’s in a key location right outside of The Palladium and along the Monon.”

Brainard shared updated images with layouts of each floor, which include a lobby, a library, meeting spaces, a board room, a ballroom overlooking the Monon, private dining, outside dining, a restaurant, a nightclub and a grand staircase connecting the Monon and the City Center levels.

Brainard is negotiating with banks for a city-backed loan to cover the remaining $22 million. He expects it will get done soon and a groundbreaking will take place in 2018 with the goal of a 2019 opening.

For 10 years, the city will receive 75 percent of the hotel’s profit while Pedcor receives 25 percent. After that time, it will be a 50-50 split.

“To say the city owns it isn’t really correct,” Brainard said. “It’s a private-public partnership. The city has some ownership, but that’s it.”

Brainard said the city could receive a healthy revenue stream to not only pay off the bonds but also fund other projects. He noted that Indianapolis has an 8 percent stake in the Conrad Hotel and has been paid $1.2 million since 2010, although Indianapolis invested around $25 million. Indianapolis has yet to see any money from the nearly $60 million invested in the JW Marriott in 2008.

If Carmel’s hotel is successful, Brainard said it would be wise to sell it if the opportunity arises.

“The hope is we could sell it and then move on to the next project,” he said. “People ask why the city is doing this, and we are because there’s a need. We want a certain quality level, and this is one piece — it’s not the only reason — that corporate headquarters will move to our urban core. It’s good for taxpayers.”