You are at:Home»Current in Carmel»Carmel Community»Carmel couple credits good health, common goals for 74 years of marriage 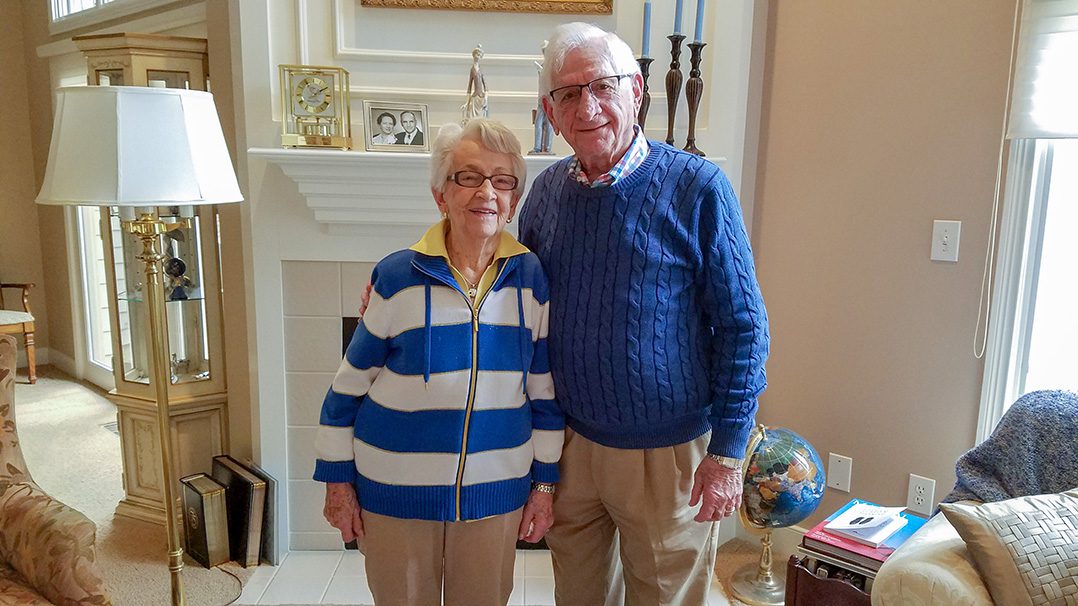 Lois and Tom Paino will celebrate 74 years of marriage in May. (Photo by Desiree Williams)

Next month will mark 74 years of wedded bliss for Carmel residents Tom and Lois Paino.

Tom, 93, and Lois, 95, spent their lives pastoring throughout Indiana with a 38-year tenure at Tom’s home church, Lakeview Church, in Indianapolis. While there, Tom built a 187-bed convalescent hall, three retirement centers and 25 homes for senior citizens. He also has been heavily involved with missions, having raised $35 million for 300 projects, including Bible colleges and schools around the world.

Bible colleges hold a special place in their hearts because that’s where their love story began. They both traveled out of their home state for college, Tom from Indiana and Lois from Wisconsin. They met at Central Bible College in Springfield, Mo., where students were required to work at least two hours per day after the Great Depression. Tom was working in the cafeteria when he spotted Lois for the first time.

The university only allowed three dates per year, but that was enough for Tom and Lois. They married in the college chapel on May 23, 1944, just one day after graduation.

After working in Indianapolis and traveling to 62 countries, Tom and Lois settled in Carmel 15 years ago. They wanted to be closer to their oldest son, Thomas Paino, and his family when he was diagnosed with Lou Gehrig’s disease. Thomas founded Carmel’s Northview Church.

Tom and Lois have three other sons and one daughter, 12 grandchildren and 22 great-grandchildren. They credit common goals and good health as the keys to their marriage.

“Once of the things that we’ve been blessed with is good health, and that has enabled us to be involved in our community and reach out to friends,” Lois said. “When you have good health, you have everything. We’ve been very compatible through the years because we have had common goals, not only in serving God and the community, but (also) our family.”