You are at:Home»Current in Geist»Geist Cover Stories»Filling a need: Cohort trains teachers, allows them to continue work

School employees now have a chance to obtain their elementary certification without leaving work thanks to a recent partnership between the IUPUI School of Education and the Metropolitan School District of Lawrence Township.

IUPUI and MSDLT created the District Based Alternative Certification program, an 18-month cohort, which is designed to allow school employees to obtain an elementary certification without leaving work. The cohort was originally created to help fill teacher shortages in the area.

“We have been working with Lawrence over the last several years trying to figure out how to bring an alternate certificate program to them,” said Paula Magee, DBAC coordinator. “Developing a whole new program takes a long time, so we decided to instead take a pre-existing program traditionally taught during the day (at IUPUI) and shifted the courses to the evening to make them accessible to students working during the day.”

The cohort is conducted at the Mckenzie Career Center, 7250 E. 75th St., so students don’t have to travel downtown for class. Michael Johnson, a family care advisor at Harrison Hill Elementary, said the opportunity gives him an avenue to accomplish his dreams. 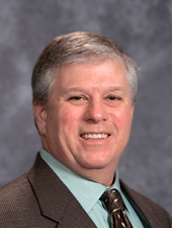 MSDLT Director of Human Resources Tim Harshbarger said the program doesn’t just help with teacher shortages. It also allows students to go back to school and produces employees for MSDLT that are already familiar with the township.

“Life happened to (these students) and took them away from school, and now they have all this life experience, and they can come back into a classroom now with a much more mature perspective on life,” Harshbarger said. “We are always about excellence. It isn’t just about addressing the teacher shortage, but this is also about growing your own.”

Lori Manning is a job coach in the special education department at the Mckenzie Career Center and also is a student in the cohort.

“This gives us the opportunity to still work while take classes,” she said. “It is powerful to be in the classroom in our township and go to school and learn at the same time. Connecting those experience is powerful. We know what schools they’re coming from and talking about. It’s powerful to have a cohort with all of our Lawrence Township peers.”

This is the first year for the cohort. Cost is approximately $14,000 for the students. When complete, students receive a recommendation for a license in K-6 education.

“The idea behind this program is to open up pathways to potential students not able to enroll in a daytime teacher certification program,” she said. “It makes the pathway more accessible to students of color.”