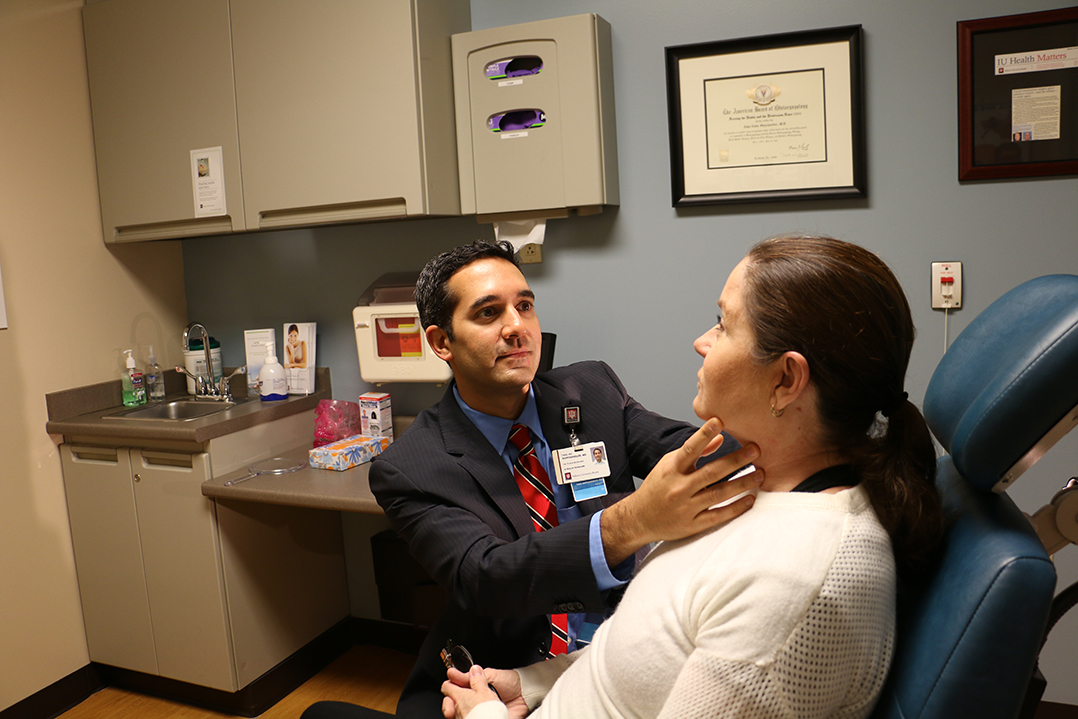 Dr. Taha Shipchandler conducts a consultation in a patient room at IU Health North. The Zionsville resident has performed facial surgeries in central Indiana and around the world. (Submitted photo)

The surgeon has performed more than 200 facial reanimation surgeries, making him one of only a few doctors in the Midwest to perform procedures to correct paralysis on a regular basis. He also travels internationally on medical missions at least once a year in impoverished areas.

Shipchandler, 41, said in medical school he became fascinated with how a person’s face is his or her way of interacting with the world.

“My goal has always been to allow people to interact with the world in their best way possible,” he said.

The Zionsville resident’s office on the second floor of IU Health North in Carmel offers cosmetic and reconstructive surgical and medical services for the face, head and neck. Shipchandler specializes in facial plastic surgery, facial otolaryngology and head and neck surgery. 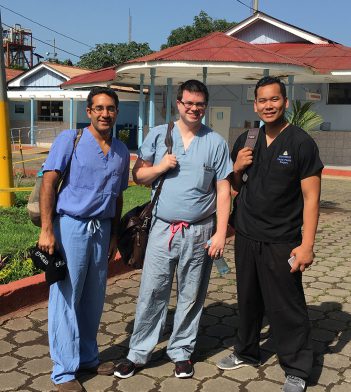 From left, Dr. Taha Shipchandler, Dr. Dominic Vernon and Sittha Sok pause outside a rural plantation hospital in Ingenio San Antonio, Nicaragua. They did work in the nation on behalf of the Nicaraguan-based charity Aproquen. (Submitted photos)

In Eldoret, Kenya, Shipchandler led a team of surgeons from the IU School of Medicine to assist children in need of facial plastic surgery for cleft lips and palettes. During a 2012 trip, he performed more than 27 surgeries in five days.

During the trips, Shipchandler said he is able to make an immediate difference.

“We’re able to change them in one surgery,” he said.

Each year, Shipchandler volunteers with team members from IU Health and the Johns Hopkins University Medical Center to support Aproquen, Inc., a nonprofit that provides free holistic care to children suffering from burns, facial abnormalities and cleft lips and palates in Nicaragua. The group sees 100 to 150 patients during its one-week visit, performing complex surgeries at Hospital Metropolitano Vivian Pellas and less complex treatments at a rural hospital on a sugar cane plantation in Chichigalpa.

Shipchandler said the relationship between doctors and patients is unhindered during the trips, with little paperwork and a mutual understanding of the risk and benefits.

Shipchandler performed the first surgery of its kind in Nicaragua when he assisted a 12-year-old boy who was burned by a kerosene lamp. Because of the accident, the boy’s neck scarred over and became attached to his chest. As a result, he could only look down.  Shipchandler performed a free-tissue transfer to allow his neck to stretch open.

“Immediately, he was able to look straight up or even look up at the sky,” Shipchandler said. 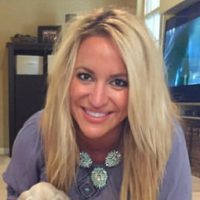 Brownsburg resident Stephanie Wright had seen Taha Shipchandler at work with patients at Riley Hospital for Children, where she works as a nurse.

When Wright came to Shipchandler’s office, she was suffering with a nasal airway obstruction and congestion, which made it hard to breathe at night and during workouts. Wright described herself as a mouth-breather and said she also was unhappy with the look and size of her nose, which she said was too big, pointed down and had a hump. 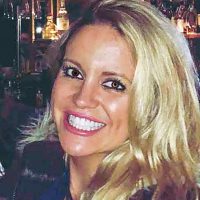 Wright said the life-changing results brought out features of her face, like her eyes and dimples, that were previously overshadowed by the size of her nose.

Shipchandler has a deep interest in the science of beauty and gives national talks on the subject. He said he enjoys the challenge of merging form and function to assist people through facial reconstructive surgery.

Shipchandler helped launch the division of Facial Plastic, Aesthetic and Reconstructive Surgery in the IU Health system, where he serves as division chief. He is co-director of the IU Health Nose and Sinus Center, where he leads the facial cosmetic efforts and performs more than 250 nose operations each year.

Shipchandler, a Fort Wayne native, received a double major bachelor of fine arts in chemistry and economics from Indiana University. He completed his medical degree with honors at the IU School of Medicine and completed his residency in otolaryngology at the Cleveland Clinic, followed by a fellowship in facial plastic reconstructive surgery at the John Hopkins University Medical Center.

Shipchandler and his wife, Laurie, a pediatrician at Eskenazi Health, have two children, Isaac, 11, and Salma, 7.

“My family and I chose to live in Zionsville because we love its small-town community feel and sense of togetherness while still providing top-notch school education and opportunities, food and recreation typical of bigger cities,” Shipchandler said. “Walking around Main Street and the Village just never gets old.”

Dr. Taha Shipchandler’s services can assist with a wide variety of issues. He has: