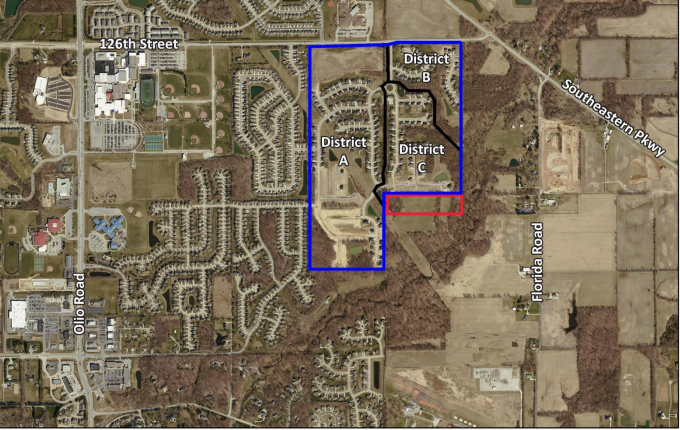 At its April 11 meeting, the Fishers Advisory Plan Commission heard a proposal from Grand Communities to expand the Thorpe Creek neighborhood approximately 10 acres to allow for 18 additional single-family lots.

The expansion would be to the south of the Thorpe Creek Planned Unit Development, southwest of 126th Street and Southeastern Parkway. It would require the same development standards as the original neighborhood. Fishers Homes is building homes in District C of the development, which is directly north of the proposed addition. Fishers Homes also would build the homes in the new expansion if approved.

A public hearing also was held and multiple people spoke, raising concerns about drainage, construction causing the removal of trees and the suggestion of a fence buffer between the original homes in the Thorpe Creek neighborhood and the expansion to the south.

Steve Hardin of Faegre Baker Daniels answered the concerns at the end of the hearing.

“Drainage would be addressed during the improvement plan and accommodated during the city’s drainage review,” Hardin said. “There isn’t any plan to fence or buffer. I’s residential to residential, so there’s no reason to do that.”

The plan commission unanimously forwarded the proposal onto city council, 9-0.