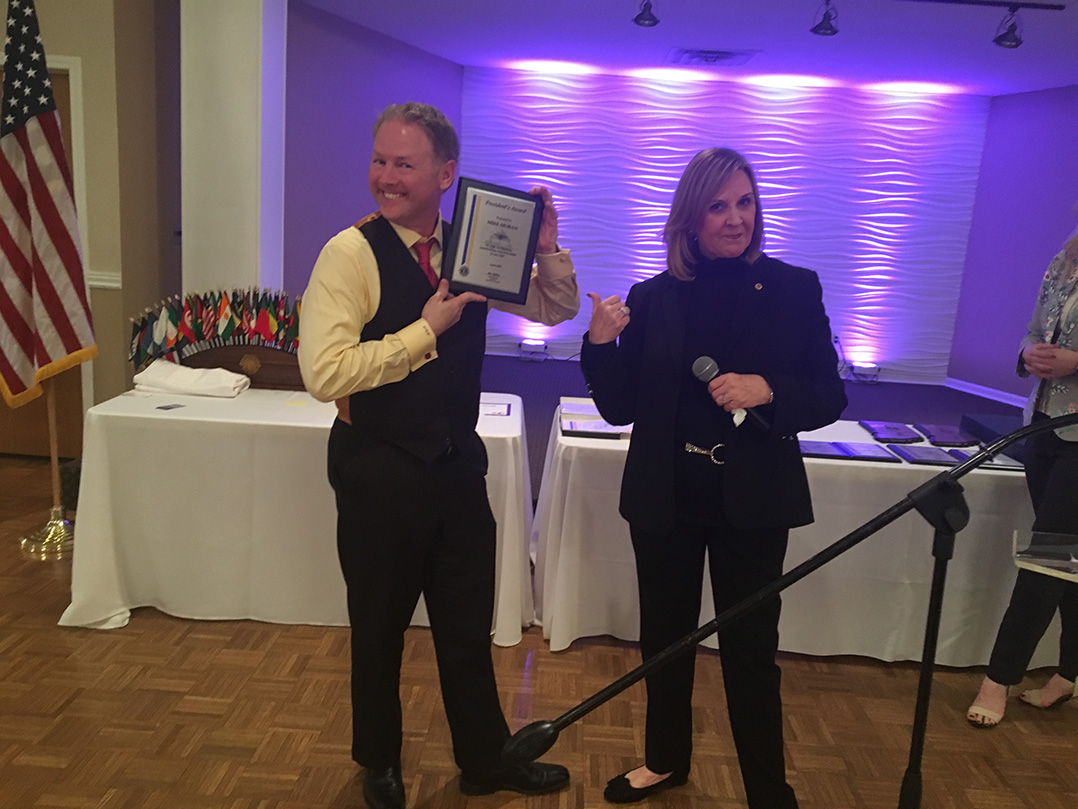 “I wanted to be more active in the club,” Moran said. “Before my VP role I was, and still am, the Fall Festival silent auction chair.”

Robbins said she is happy for Moran.

“He is fun and the club is looking forward to what, where and how he will lead us this year,” she said. “We are truly one great service club.”

The Zionsville Lions Club has approximately 150 members, making it the largest Lions Club in Indiana. Robbins was the fourth woman to serve as president of the club in its 88-year history.

“There are several things I loved about my year. I came in on our centennial year for Lion Clubs International. One hundred years for a service club is a big deal,” Robbins said. “Our Zionsville Lions Club has members involved in 34 different committees. There truly is something for everyone. To volunteer on a committee or an event shows they are the muscle and the backbone of the club. I appreciate every member. We are hard workers.”

Moran said that, as in past years, the Zionsville Lions Club will host four major events in the park, including the recent Eggnormous Egg Hunt. Other events include the July 4th Celebration, the Sept. 7-9 Fall Festival and the Oct. 28 Pumpkins and Hayrides.