The first public dog park in Boone County might be completed by next year, spurred by the public’s desire to honor the memory of Deputy Jacob Pickett. 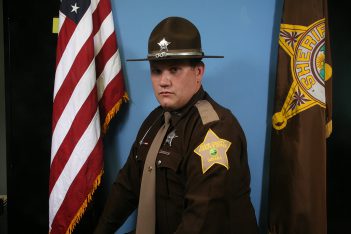 Pickett, killed in the line of duty in March, was a Boone County K-9 officer and Zionsville resident who loved animals.

“It’s a great way for us to memorialize and honor someone that served us, but also it serves one of his passions, too,” Lebanon Mayor Matt Gentry said.

After public discussion and brainstorming, the former Boone County Conservation Club property on East Noble Street on Lebanon’s south side was selected as the future location. Gentry said it offers mature trees, walkability and an ideal size at more than an acre.

The park will be funded in part through private donations matched by a CreatINg Places Grant. The Indiana Housing and Community Development Authority created the crowdfunding grant program to generate public involvement in developing new projects in local communities.

Gentry said fundraising will begin next month with the expectation to raise $50,000 from the public, the maximum amount allowed to receive matching donations from the state. Fundraising must be completed within 60 days, and the project has to be completed within a year, meaning the park would likely open in the spring of 2019.

American Structure Point has donated its services to design the park, according to Gentry. The plans should include separate parks for larger and smaller dogs.

Gentry said the community may never recover from the loss of the deputy’s life, but the creation of the park is a step forward.

“I think it’s going to help a little bit with the healing process and make sure the memory of Jake is sustained,” he said.