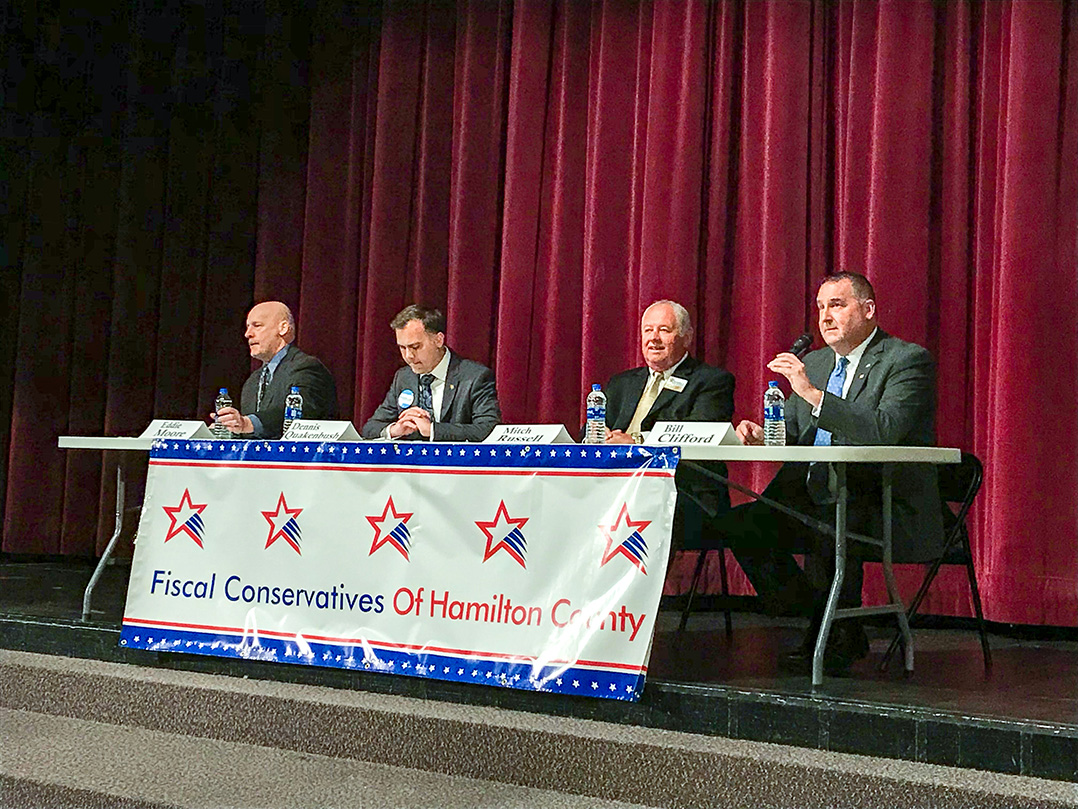 Abdul-Hakim Shabazz moderated the event and asked if the sheriff’s department needed more financial resources to keep up with county growth, along with questions about the candidates’ thoughts on school safety, the opioid epidemic and more.

Quakenbush said tax dollars were very important to him and that his background in business equips him for handling the department’s financial resources.

‘We all want the best services we can have at the best value,” he said.

Clifford said asking citizens for more money isn’t a smart move, and that existing resources could be redirected within the department.

“Certainly, there are things we can do with the things we have. Asking for more from the citizens of Hamilton County isn’t necessarily the best idea,” Clifford said. “Are there resources we can redirect and laser-focus those resources so we can better serve the citizens? I certainly think so.”

The Hamilton County Sheriff’s Office has jurisdiction over Hamilton Heights schools. Moore said the most important topic to consider was adequate training with regard to school safety.

“That is the secret to keeping our schools as safe as we possibly can, through training,” Moore said. “That is one place we need to be sending our resources. My squad gets trained because I train them, but not all squads are getting the same training and same opportunities. It is all about the training.”

Through his involvement with Riverview Health, Russell said he’s seen countless opioid overdose victims come through hospital doors and then exit without a follow-up from law enforcement. Although Russell can’t contact law enforcement about overdose victims because of HIPAA rules, he said is running for sheriff to do something about the epidemic.

“I chose to run for sheriff because the heroin epidemic affects everybody, every socioeconomic class,” he said. “I can’t solve the problem, but I’m sure going to put a dent in it because it’s killing our kids and our families.”

A straw poll was planned for the evening but was not conducted. For more, visit fcohcindiana.com.