You are at:Home»Current in Westfield»Westfield Cover Stories»Woodworking for a reason: Golden K Club finds new home for wood shop in Westfield 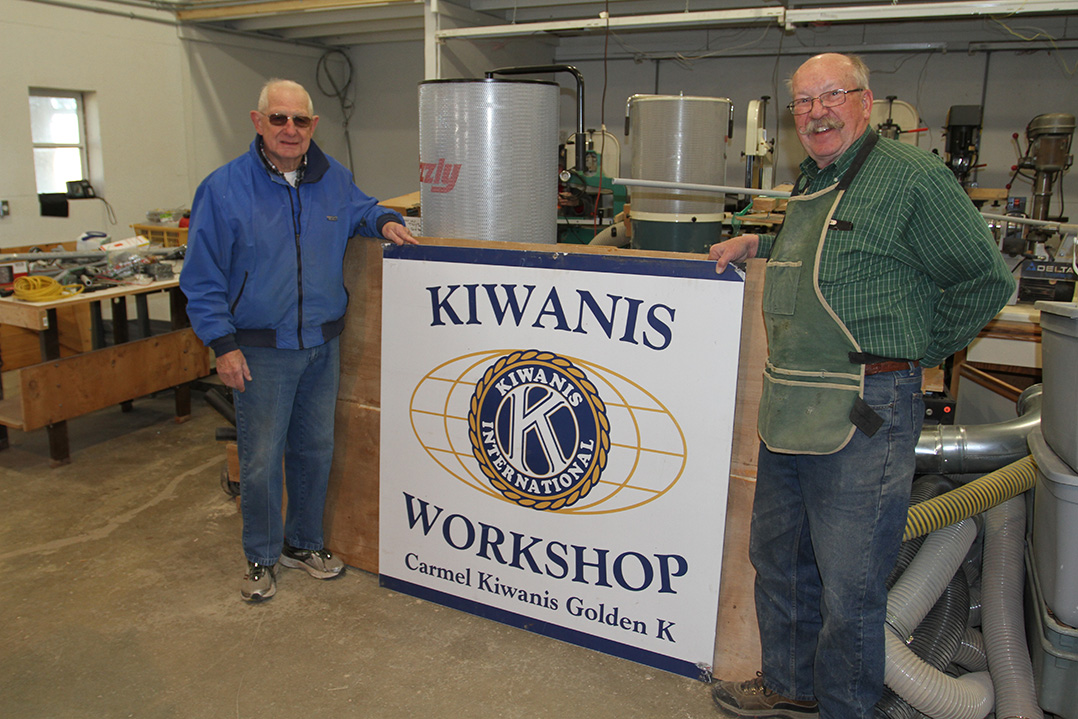 The Carmel Kiwanis Golden K Club woodworkers are back to making sawdust, this time in a new home.

The group, which has crafted toys for nonprofits to give to children during the holidays since 1942, previously worked out of Janus Developmental Services for eight years. Janus wanted to expand some of its other programs, causing the woodworkers to search for a new home.

They found one in a 1,600-square-foot barn on the outskirts of Westfield at 21109 Horton Rd. The woodworkers’ lease at Janus expired in May 2017, and since then their materials have been in storage. When the electrical installation is complete, the whine of saws crafting toys will once again fill members’ ears. 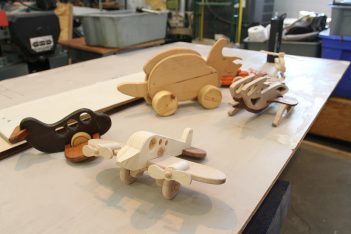 The Golden K Club makes wooden toys to be distributed at the holidays.

Woodworker and Golden K Club member Roger Rew said the woodworkers partner with Central Indiana Woodworkers. CIWW works with various groups across the state, though Rew said the Carmel club is the only Kiwanis-affiliated woodworker group with the organization.

“We make toys all year long and put them in storage, then on the first of December we have a Pick and Pack, where about 35 nonprofit (organizations) request toys from (CIWW), which gives us a list of how many toys are needed,” Rew said.

Toys range from wooden trains to airplanes. Last year, CIWW distributed 12,000 toys to central Indiana nonprofits. The Golden K Club contributed approximately 2,200 of that number. The group typically makes 3,000 toys a year, but with the lack of a wood shop, the woodworkers were crafting toys from their own basements most of last year.

The wood shop is home to more than just a work space. It also is a place for retired woodworkers to socialize.

“Many Kiwanis don’t have a workshop but are woodworkers,” Golden K Club member Rallie Murphy said. “As people retire or downsize, they lose their woodshop. A woodworker who has been a woodworker for so long gets sawdust withdrawals, so they come here and make all the sawdust they want.”

Woodworkers aren’t required to be members of the Golden K Club, but it is a recruitment avenue for those who aren’t. Woodworkers can even work on their own projects in the shop. Rew said the club only asks that they participate in toy-making, too.

Last year, the group donated a combined 500 hours a month to toy-making.

Rew said camaraderie and satisfaction in a job well-done are important to the club’s 16 members.

“At the end of the year, when we go to the Pick and Pack, it’s just seeing how many toys are distributed to the agencies,” he said. “Other agencies are in line to come be a part of the group (CIWW), but there’s just not enough toys.”

By moving location, Murphy said he hopes to attract more woodworkers. Twenty-five percent of the club’s members are female.

“We hope to get more woodworkers from Sheridan and Westfield by moving up here,” Rew said.

The Golden K Club has the funds to assist the woodworkers in their efforts, but the wood shop has proven to be self-sufficient through its outreaches.

“If someone comes in and asks to fix a chair or table, we charge for the materials and ask for a donation,” Rew said.

The arrangement allows the group to purchase its own supplies, like sandpaper and glue. Woodworkers also make furniture on request, but their main focus is always on toys. 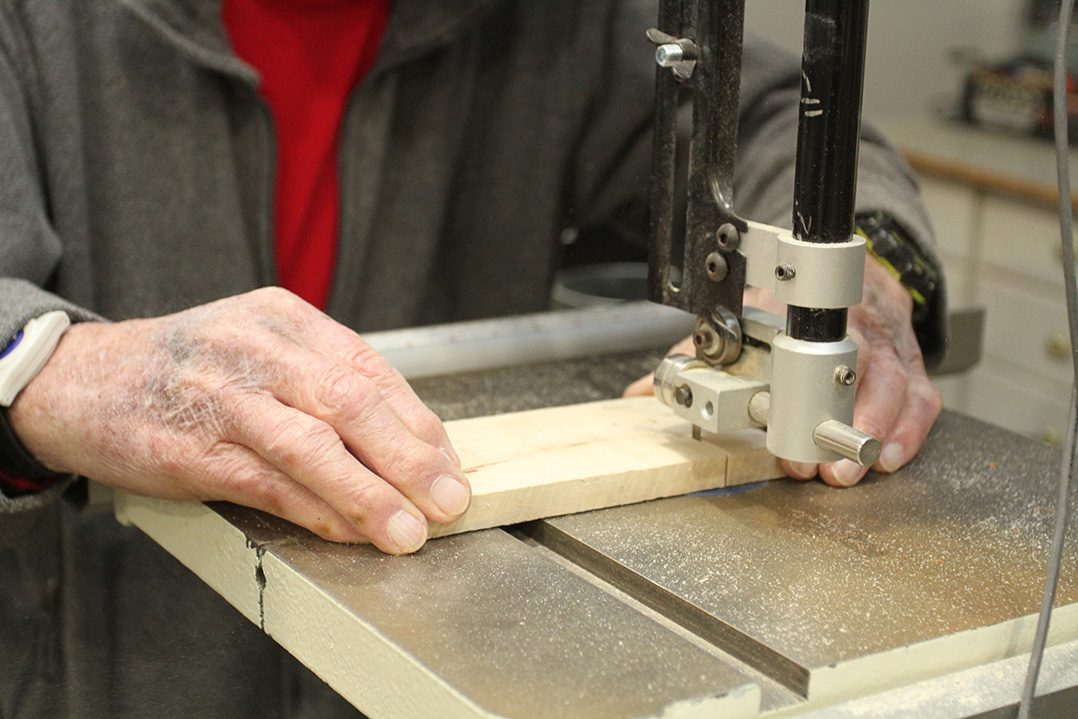 Members are able to work on wood projects in the new Golden K Club wood shop in Westfield.